This Theory About Jaime Leaving Brienne Makes A Lot Of Sense

Jaime Lannister is probably one of the most well-developed characters in all of Game of Thrones. From his early Prince Charming days of crippling small children, to losing his hand, to turning his back on Cersei to fight the dead army, he's had quite the journey.

One of the most heart-wrenching moments of the previous episode was Jaime leaving Brienne behind in Winterfell. While it seemed to many that Jaime was reverting to his old ways, telling Brienne "she's hateful, and so am I", there may be more to it than meets the eye, particularly Jaime's line about running away from a fight.

There is plenty of evidence to suggest that Jaime is riding south to kill Cersei himself.  The biggest hint to this is the so-called valonqar theory. Cast your mind back to the beginning of Season 5, and you may remember a flashback scene with a young Cersei visiting Maggy the fortune-teller. She was given several predictions, all of which have come true so far. Here's a rundown of the book passage, which is almost identical to the show version.

"When will I wed the prince?" she asked.
"Never. You will wed the king." This is clear enough, Cersei married Robert Baratheon.

"I will be queen, though?" asked the younger her.
"Aye." Malice gleamed in Maggys yellow eyes. "Queen you shall be . . . until there comes another, younger and more beautiful, to cast you down and take all that you hold dear."Another pretty obvious one, Daenerys is younger than Cersei and outside King's Landing waiting to take her down.

"Will the king and I have children?" she asked.
"Oh, aye. Six-and-ten for him, and three for you."  Robert had plenty of bastards, and Cersei had three children with Jaime; Joffrey, Myrcella, and Tommen.

"Gold shall be their crowns and gold their shrouds," she said. "And when your tears have drowned you, the valonqar shall wrap his hands about your pale white throat and choke the life from you."

The shrouds of course refer to the fact that Cersei has outlived all her children. Joffrey died at his wedding, Myrcella poisoned by the Dornish, and Tommen took his own life. The second part of the prophecy is where things get interesting. The word valonqar means little brother. Tyrion is younger than Cersei, and Jaime is younger by a matter of minutes. 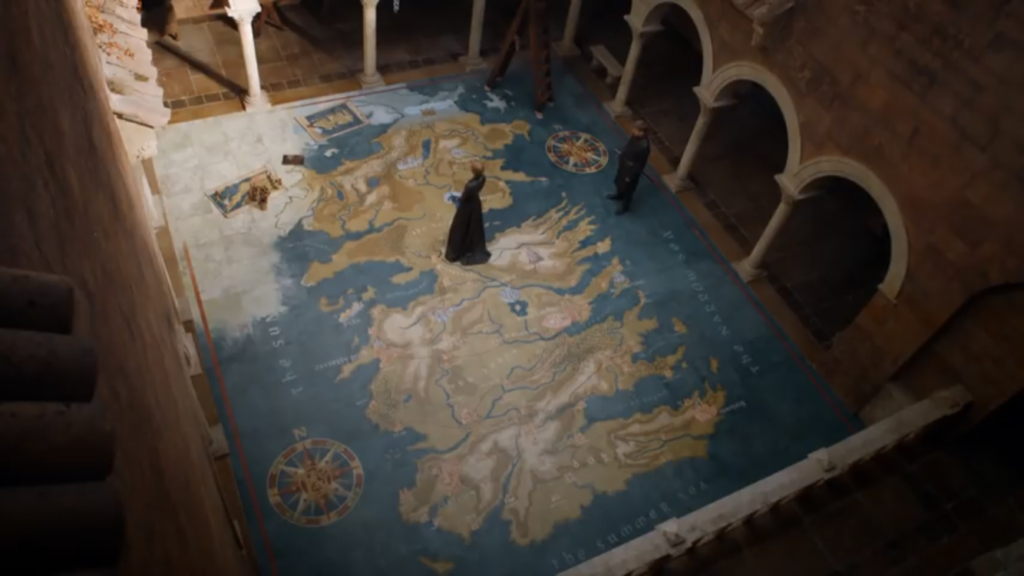 Jaime returning to help Cersei makes no sense given how his character development has progressed. So his speech to Brienne was likely a way to stop her from following him to King's Landing. Given how Cersei surrounded the Red Keep with civilians, killing Cersei will have to be done discretely, and stealthily. One on one. Of course, we're still just speculating, Cersei actually winning would just be classic Game of Thrones.

Also Read: A BBQ Festival Is Coming To Bison Bar in Dublin Later This Month