There's some big changes coming to Love Island in 2020 as presenter Caroline Flack announced she is stepping away from the show.

Flack has presented the programme for the last five years.

There were reports in the media last week that Flack was charged and arrested for domestic violence in an incident allegedly involving her boyfriend Lewis Burton.

Flack commented on those reports directly in her statement, saying: "While matters were not as have been reported, I am committed to co-operating with the appropriate authorities and I can't comment further on these matters until the legal process is over."

She added the following: 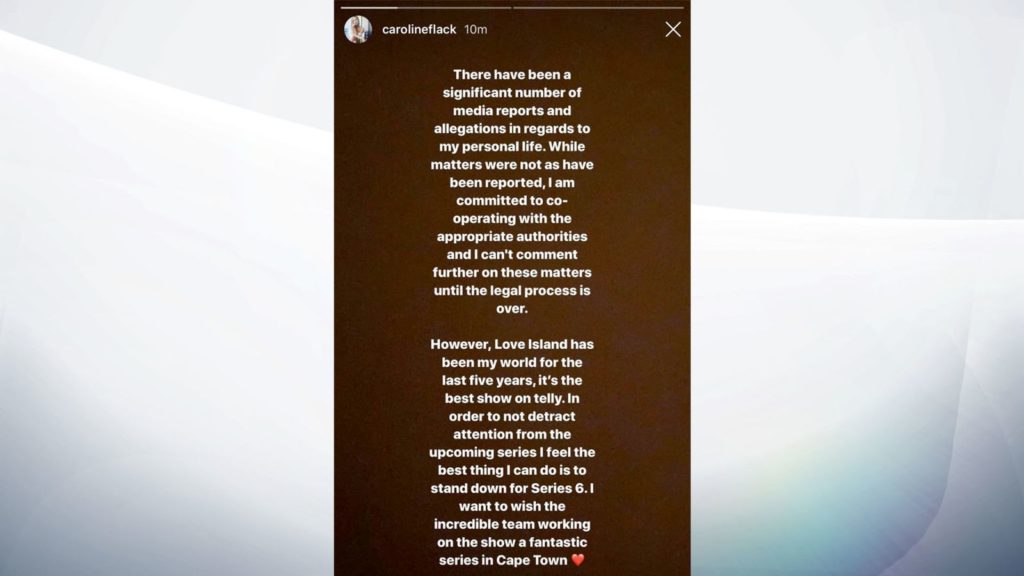 There have been rumours the Longford Love Island alum Maura Higgins will take Flack's place on the show.