We all got a bit of a shock last week when Daenerys watched the second of her children get shot down. Euron's powerful ballista took down Rhaegal as easily as the dragon would've incinerated a sheep for his dinner. What was once an unstoppable force for Daenerys is now very much beatable, and down by two thirds.

But, there may be hope for more dragon action. Pilou Asbæk, the Danish actor who plays Euron Greyjoy has teased the presence of more dragons in episode 5 in an Instagram post.

Gone with the wind....!!!? Maybe.... can’t wait for episode 5....there will be light! And death.... and coffee cups... Oreos...?...you might see a dragon...or two...or none...??‍♂️☠️ ...#thesuspenseiskillingme #shouldhavereadthescripts #gameofthrones #babyshower #❤️ #dragonslayer #eurongreyjoy #whatisdeadmayneverdie #butprobablystillisdeadifyouaskme #whoknows btw. What an incredible view. The set designers on GOT are amazing and you feel extremely small and humble ???????? thanks

There is also a shot of a very concerned Euron looking to the skies in the preview for the next episode. Not exactly groundbreaking on its own, but this theory is all about the package. Many people have hypothesised that Daenerys will armour Drogon for the assault on King's Landing, because frankly not doing that would just be a bit thick.

Some of the more eagle eyed viewers have spotted a very interesting detail in the opening credits. Pay close attention just before the end of the theme next week and you will see that there is a shot of one large dragon, and three small dragons. 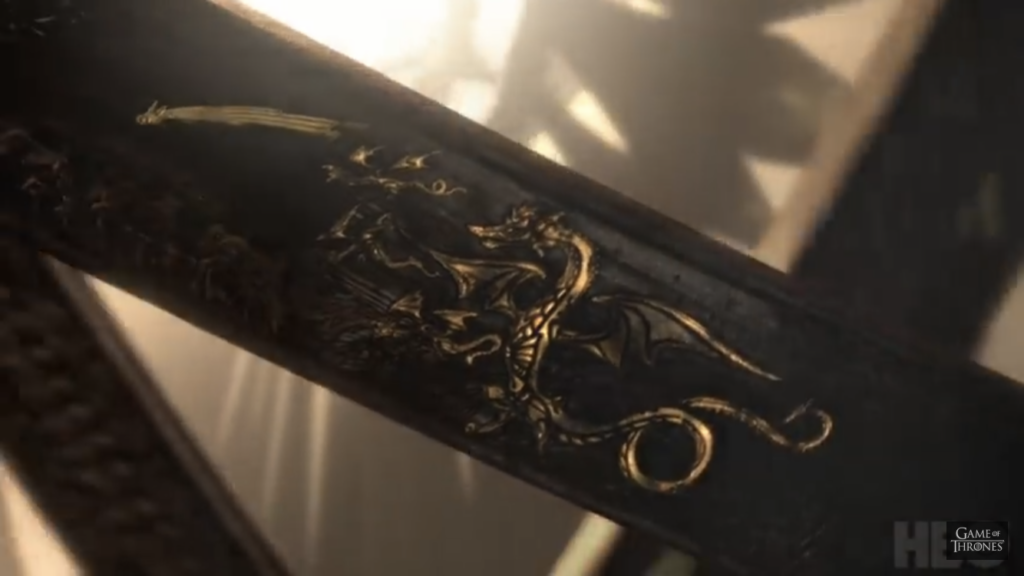 Now cast your mind back to Season 5. It was a dark time we know, nothing really happened apart from Jon's incredible battle with the White Walkers in Hardhome. For the majority of this season, Drogon was AWOL, and people are speculating that this time was used to lay eggs. Let's get into some dragon biology. In A Feast For Crows (the fourth book if you're unaware) Maester Aemon (the elderly former maester of the Night's Watch, not to mention a Targaryen), states that dragons are genderfluid. "Dragons are both male and female, now one, and now the other. As changeable as flame". Drogon may be named after a male character, but there is nothing to suggest  gender about a dragon, so there are possibilities.

Look this is all a bit wishful thinking, we know. Dragons generally need some sort of magic/sacrifice to be born, and god knows where that would've come from This is not what you would call substantial evidence but we can dream. Who wouldn't love to see some little dragon babies? It would be a nice note to end on, after we inevitably lose a favourite character.