Let's cut right to the chase, what we're dealing with here is one of the most unintentionally amusing scarves of the 21st century. This is not an accolade I think ought be bandied about willy-nilly. Neither is it one that I feel can be awarded by someone who has not done due research in the field. Therefore, as someone who has seen - either in person or online - north of either fifty or sixty scarves (depending on where you draw the line between 'scarf' and 'neckwarmer') since the turn of the millenium, I feel confident in saying that this vulva-reminiscent calamity, available from Fendi for £750, is the ur-humourous scarf.

It's important to bear something in mind when we look at this - this is not a novelty scarf, the £750 price should be enough to alert us to this. This is an earnestly made shawl with the intention of being purchased and presumably, worn by people with that kind of silly money to fritter on labia-adorned cowls. This was a genuine attempt to make a high-end shawl that would appeal to people. Numerous fashion-designers, web-designers and other employees would have had to look at this scarf as it was being proposed and readied to be made available online; they would've each had to have looked at it and thought, "this is in no way visually reminiscent of anything that might be seen as unintentionally amusing, I feel confident making this available for purchase in the public domain, safe in the knowledge that its form and design are beyond reproach and ridicule."

The scarf, called 'The Touch of Fur' - which is, as far as I can recall, the first scarf I've ever come across with a name - is also available in red and blue on the website. Yet it is this peach variant whose whole vibe first attracted the attentions of a user on Twitter on Friday.

For those of you who have £750 to spare and an earnest desire to wear an item of clothing that makes it look like you're giving birth to your own head, then, unfortunately you're uniquely specific combo of desires will have to remain unsated as the designers and retailers of the scarf, Fendi, have removed it for sale from their website. Given this, and the consequent fact that we are therefore unlikely to ever see anyone wearing it, we've taken it upon ourselves to photoshop an image of ex-presidential nominee and debate-shirker, Sean Gallagher, into the headscarf. 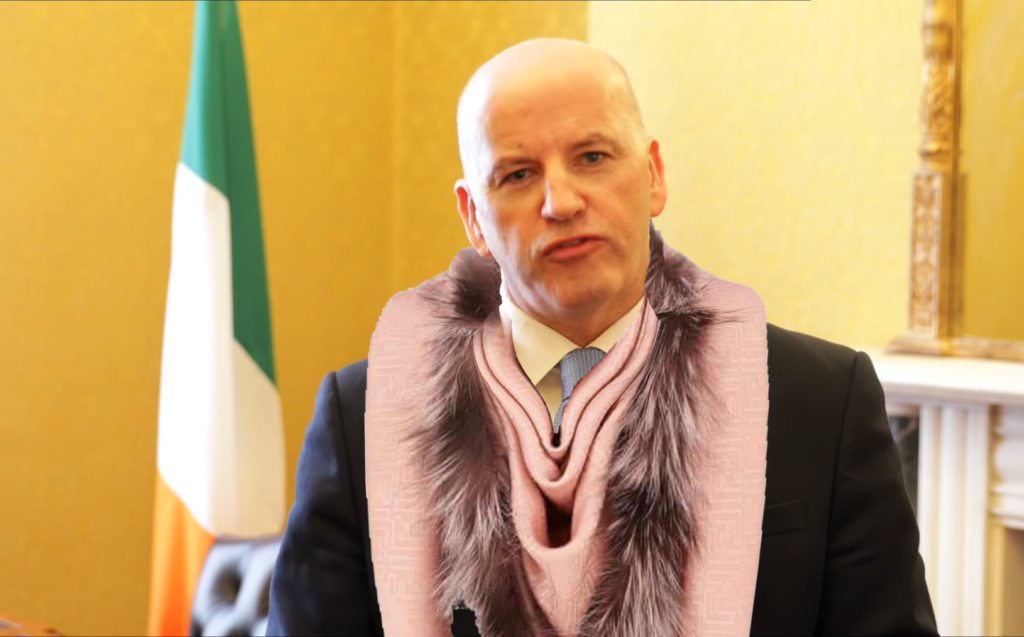