Line Of Duty Has Resumed Filming Its New Season

This year, you have to take all the good news you can get. That's why news that the new season of Line of Duty has resumed filming has us rejoicing!

That's right, one of the best TV shows of the past decade is back once again.

To paraphrase the legendary Ted Hastings, we know that you didn't float up the Lagan in a bubble and that's why the news is 100% true.

After production was halted due to the coronavirus pandemic, the BBC has confirmed that filming has now resumed on Season 6 of Line of Duty.

They've also added that "series six is now due to air on BBC One next year."

As previously announced, the next instalment of the hit police thriller will feature a brand new case for AC-12 to investigate. This time, they're pursuing DCI Joanne Davidson (Kelly Macdonald), the senior investigating officer on an unsolved murder case. 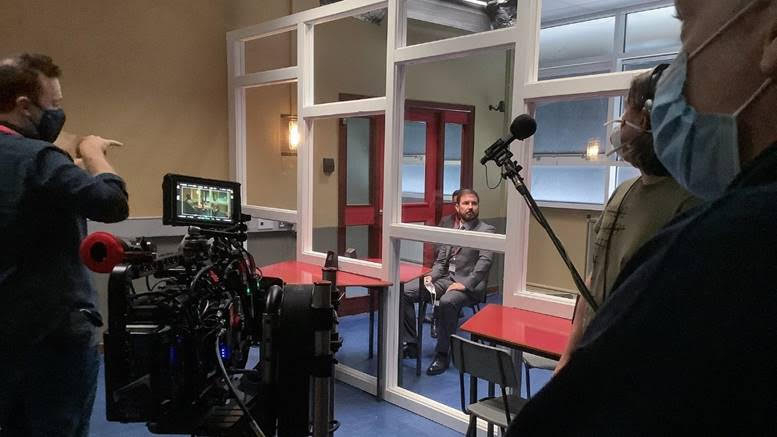 Speaking about the show's return, showrunner Jed Mercurio said: "We know Line of Duty fans are desperate for Series 6 and we hope we can get it on air as soon as possible. Thanks so much for your patience in these difficult times."

Martin Compston (DS Steve Arnott) echoed Mercurio's statement when he said: “It’s been a long few months and it will be a different way of working from when we stopped, but I’m delighted to be back on the case with the Line of Duty team!”

Now that production on the new episodes has recommenced, Vicky McClure (DI Kate Fleming) says: “We've been sitting on these incredible scripts for some time now, so I’m really looking forward to getting back to it and seeing the Line of Duty family.”

Season 6 had already started production in Belfast before it had to be shut down due to COVID-19.

A few months ago, Mercurio said that the delay may result in his scripts having to be re-written to accommodate social distancing guidelines.

Simon Heath, the Executive Producer for World Productions, says: “It’s been almost six months since we stopped shooting, but following our implementation of all the industry COVID protocols, we’re delighted to be able to resume filming series six safely.

"Together with independent health and safety consultants, in full consultation with industry partners, and in accordance with all current government guidelines on Covid-19, the Line of Duty production team will adhere to comprehensive protocols to ensure that the new series is produced in a safe and responsible manner."

“Even with the imposition of COVID restrictions, I can't hide my excitement at getting the team back together. So many people wondering…what happens next?" he said.

We're just one of them.

SEE ALSO: Quiz: How Well Do You Know Chandler From Friends?