The problem with making predictions, or indeed any sweeping statements, is that they will invariably be proved wrong and you will be left, wallowing in your own foolishness. There is a name for this, derived from the most evident examples of it occurring; the 'commentator's curse'. It has come to be superstitiously accepted by sporting commentator's as a truism that as soon as you make some broad statement regarding a player or a match etc. the next piece of action will prove you wrong.

If you are to say that a certain player never scores, they will immediately ping the ball into the net; if you declare that a certain snooker player always keeps a level-head under pressure, they will rip off their shirt, snap their cue over their knee and, twirling the splintered pieces above their head, lunge at their opponent lusting for blood; if you are to say that a certain golfer's extra-marrital affairs undermined his game but, ever since putting that aspect of his life behind him, he has rediscovered a sense of stability in his game, you will come home to find him cavorting with your wife.

It is a cruel, humiliating curse, and one to which I have fallen foul.

Yesterday I wrote an article declaring that the National Ploughing Championships being cancelled due to some bad weather was the most 'Irish' thing that has ever occurred. And now, less than 24 hours later, I am reaching for a knife and fork to tackle a particularly humiliating meal consisting of my own words and the egg on my face. For a video has just come to my attention, a video of a girl from Galway breaking down in joyous tears upon meeting Ryan Tubridy. And it is profoundly odd.

As we can see, this girl possesses a level of breathy fandom, so total, so all-consuming, that her only means of dealing with being confronted by the corporeal form of Ryan Tubridy is to weep.

Rather than being perturbed by such an outpouring of zeal from a fan and querying whether she'd been reading The Catcher In The Rye recently, Ryan Tubridy hands an aide the baby he's been holding to hug this fan. It is unclear from the video whether this baby is his own progeny or whether he won it as a prize in some agricultural-themed competition.

Also Read: Bad Wind Cancelling National Ploughing Championships May Be The Most Irish Thing Ever 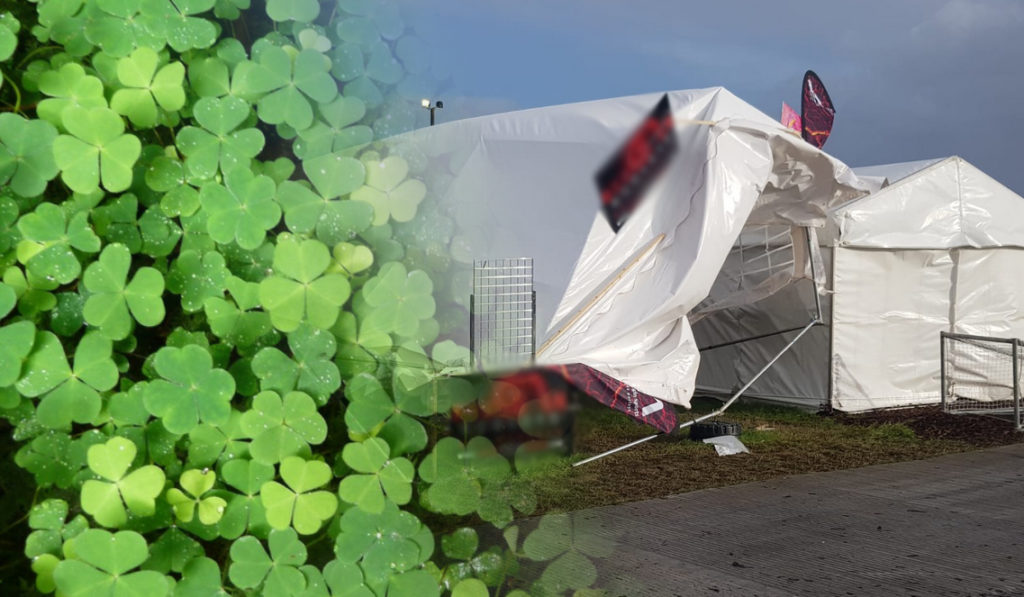