A golden era for any teen, the 2-3 years of ardent disco-going from the age of 12 or 13 produced both great stories from our innocent youth, and harrowing, bitter tales of filth and tomfoolery.

It was a right of passage, but a parent's nightmare. Here are 17 things we were probably all the better for leaving in our teenage disco era:

The sheer cheek of your mother or father to be concerned as they witnessed you approach a hall filled with drunken 14 and 15-year-olds dressed like scumbags and strippers.

Or failing that, "alright, will you meet me?" 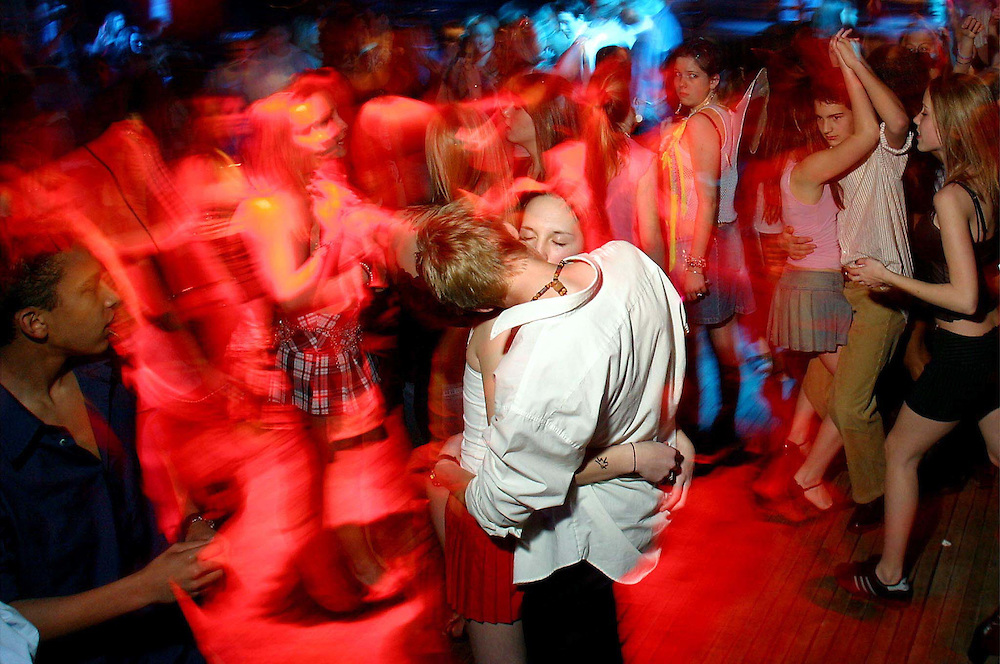 Whether you're female or male, one of your mates always had a particularly busy night on the timber floors. The frightening thing is that some weren't even exaggerating. 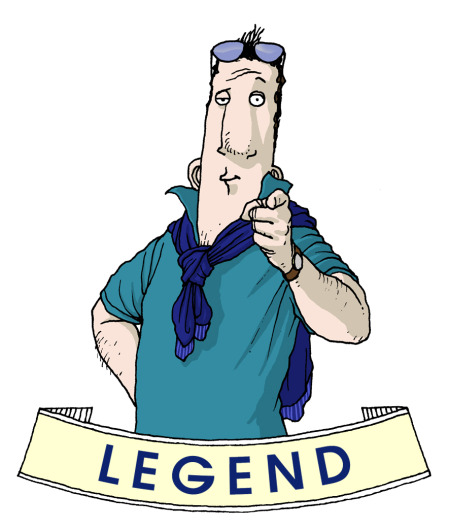 Back in 2006, there were even rumours of lads using GHDs and hairspray to prevent the indignation of having their collar collapse mid-action. Yeah, I may have dabbled in the Dark Arts. 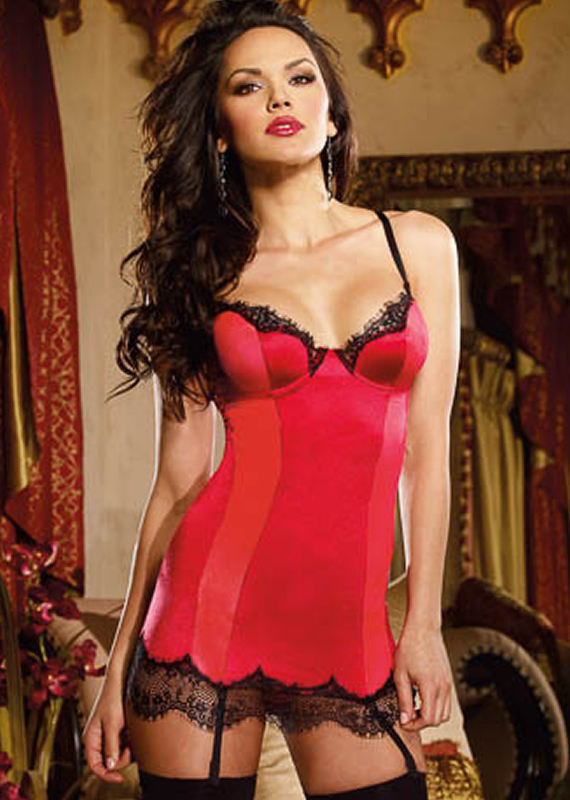 There was a lot of satin. A lot of mesh. A lot of hormonal boys. And a lot of extremely angry fathers.

Originally popular in the '80s, rah-rah skirt's recent comeback in the fashion industry is widely regarded by experts to be a direct result of the Irish teenage disco scene from 2002-2007. 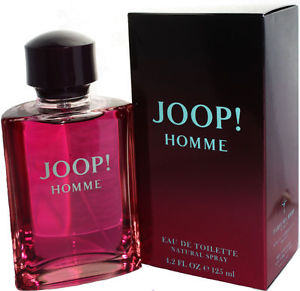 A must-have for all pre-Junior Cert boys in the '00s. I believe it was proven by scientists that, if you didn't douse yourself in the unbearably sweet aroma of Joop pre-disco, you definitely wouldn't kiss any girls. As a result, every disco in Ireland stunk of both Joop and that weird biscuity smell of fake tan.

Apply by the gallon.

A potent weapon, Elizabeth Arden's 'Toasty Beige' range could perhaps have been more accurately described as 'Very, Very Dark Orange.' For every girl it illuminated with its bizarre ability to effervesce in the dark, it ruined the shoulders of a boy's polo-shirt.

This, naturally, was spotted almost instantaneously by parents on 'the collection run' at half-eleven.

"DJ Rankin in the mix, motherfucker." The iconic sounds of the Scottish song-thief along with the prominence of Limewire made most of Ireland believe Rankin was a famous DJ, when in reality all he did was speed up other people's songs. He actually only ever played a handful of under-18s gigs across the Irish Sea.

He has since returned to Ireland to play some 'old skool' nights at UCD and the likes, which is a lot better than his Aussie mate DJ Cammy - or Cameron Raddatz - who spent time in prison in 2006 for stalking someone. Classic Cammy!

Remember 'making circles' for these chancers? Usually conducted by a boy wearing a Burberry hat. The dance was something of a cross between Irish dancing and very intricate Muay Thai, but posed very little threat to anyone until the beat dropped.

After that, it was a goddamn free-for-all. 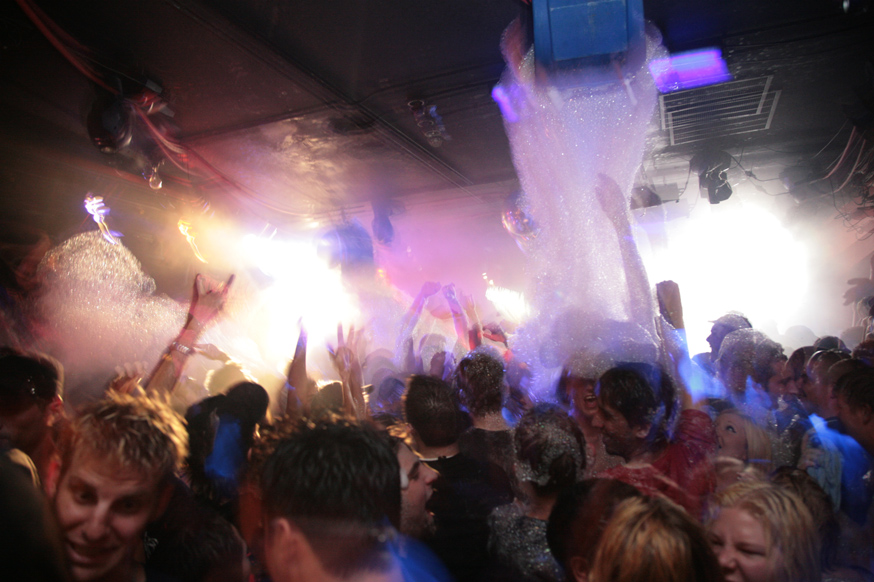 The 'foam party' phenomenon was essentially a myth. Ultimately, suds would be shot from a small, unimpressive cannon of some description, and for some reason they absolutely wreaked of shit.

13) Some girl puking in the corner

There was always one (or like, at least 35) people who took the underage bush-drinking too far and had to be forcibly removed from the local GAA hall, sometimes via ambulance. Everyone has a story about a friend pro-vomming on their white Lacoste runners or 12-inch stilettos.

This indictment on Irish society would often result in....

14) Rumours of breathalysers at the door

"I heard there's going to be breathalysers on the door at this one," we said, naive to the unholy cost that hundreds of individual breathalysers would bring to Old Wesley Rugby Football Club in Dublin or Garryduff Sports Centre in Cork.

This fear, of course, was carefully and skilfully planted by those involved with the host venues for discos, who would tactically suggest it to kids they knew, more than aware that the frightening prospect would spread like wildfire through the local teenage community. 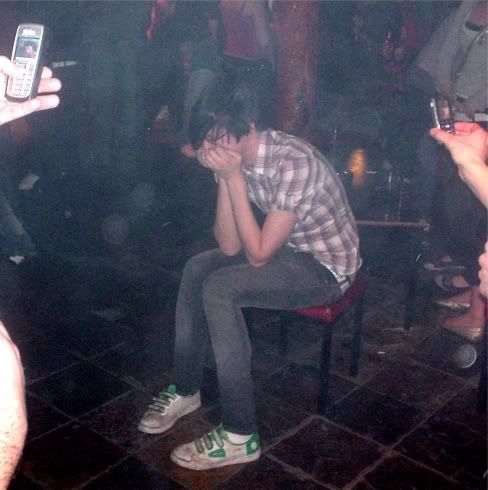 Inevitably at least one of your friends - male or female - would end up in tears for any of the following reasons:

What ensued was bedlam; a gathering of the friend committee, a lot of back-rubs, plenty of swearing vengeance on those involved, a few slaps, a 200ml bottle of TK lemonade splashed in the face of an adversary, and finally, an over-compensatory, massively enthusiastic dance to 'Fly On The Wings of Love' by the perceived victim.

Look, this is a family-friendly site, and no small number of young families in Ireland today probably started on 'The Chairs' circa 2004.

No more needs to be said, really, but remember the look of dismay in supervisors' eyes when they shone their flashlights towards The Chairs? Those poor people were parents. 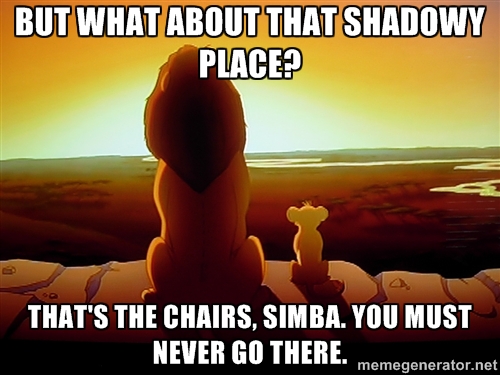