4 Things You Didn't Know About Tattoos

There aren’t many things that can hold a deep, personal meaning quite like a tattoo. A tattoo is a permanent commitment to a concept or image that strikes such a profound chord with someone that they want it forever emblazoned across their very skin… It can also just mean ‘I have drawings on me.’

Tattoos have been a part of human culture for millennia, and their long history holds some surprises.

Tattoo machines are essential to the modern tattooist, a much quicker method than hand poke and a much more sanitary alternative to stabbing someone frantically with a ballpoint pen.
But where did they come from?
Inventor of the light bulb, Thomas Edison, devised an automatic pen that was intended for writing through many sheets of paper at once. Or at least he took credit for it, history shows that he had a tendency towards patenting the work of his associates as his own.

In 1876, tattoo artist Samuel O’Reilly found that with the addition of a tube and needle system to provide an ink reservoir, Edison’s device was the perfect tool for applying tattoos. While today's tattoo machines use electromagnets to oscillate the needle, O’Reilly’s machine used a whirring mechanical rotary system. It wasn’t as precise as modern tattoo guns and the results could prove to be somewhat imprecise and blurry. Over time the technology was perfected, and today your ex’s name will stay as sharp, clear, and regrettable as the day you drunkenly had it slapped onto your arm. 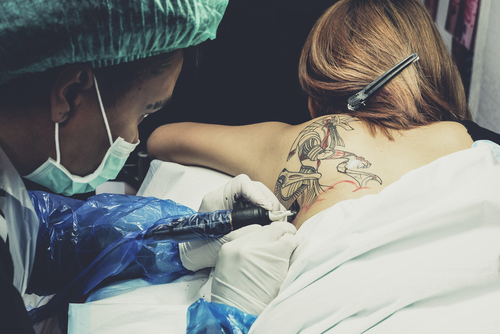 2. Tattoos were all the rage in prehistory

Tattoos have been a part of human culture since prehistory, as shown by the discovery of Ötzi the iceman, a 5,300 year old mummy found in the Austrian alps.
He was found to have carbon tattoos flanking his lower spine, a cruciform behind his knee, and other marks around his ankles. It’s thought that these were intended to be medicinal tattoos, a practice similar to modern acupuncture. Of course we know that tattoos have no medicinal value these days, no one gets a tramp stamp to soothe their aching lumbar.

But Ötzi isn’t the only mummy found with tatts. The highly preserved remains of a Pazyryk ‘princess’ found in the Siberian permafrost is literally covered in tattoos eerily similar to modern pieces. The elaborate tattoos that cover her arms depict mythical beasts, and are thought to be signifiers of her age and position within the tribe, and a sort of ‘passport’ or identification for the afterlife.

In 1909 the US navy proclaimed that ‘Indecent or obscene tattooing is cause for rejection’. Many young men seen this as an easy way to get out of service, so nude ladies became a popular style of tattoo. However, with the outbreak of WW2, a lot of men were suddenly struck with the irresistible urge to fight Nazis (always a good thing, always be on the look out for a fascist to shoot). This lead to a boom in tattooing, as many with daubings of disrobed ladies on their skin rushed to the tattoo studio to have those 2D dames put on something before they leave the house.
One artist in particular used this sudden glut of tattoo bashfulness to talk his way into a more lenient sentence when charged with unhygienic conduct. He claimed that his work clothing the shameful she-tatts made more men eligible for enlistment, why, his glorified game of dress up was helping with the war effort.

4. Tattoos were once considered a mark of royalty.

Tattoos have thrown off the social stigma they once held, they’ve become common and in many ways de rigueur when it comes to things to regret once you get back from your J1 .
It hasn’t always been that way, once tattoos were seen as the trappings of sailors, motorcycle gangs, felons and other dishevelled lunatics. Before that, however, they were all the rage with the aristocracy.

Famous explorers  such as James Cook first introduced tattoos to an astounded aristocratic court by bringing back (aka: kidnapping) tattooed natives from far flung shores. The natives fascinated the upper class of London, much like how YouTube videos of Japanese game shows astound us today.
By the 1840s amateur tattooing was in practice among the students of public schools and by the 1870s traditional Japanese tattoos were in vogue among the nobility, as many as one in five of the gentry had tattoos, including royalty. King George V had a totally metal blue Dragon inked onto his arm.

Tattooing spread among the upper classes all over Europe in the 19th century, Royalty from across Europe, from Spain to Russia, took to getting elaborate coats of arms etched onto their bodies. 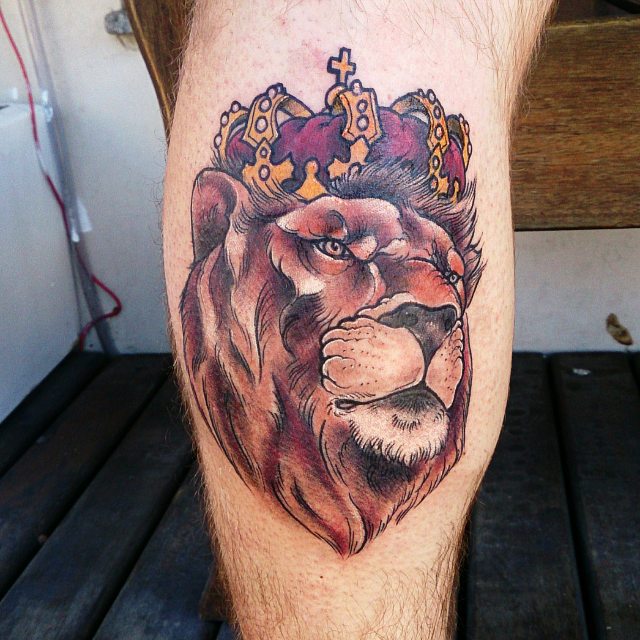