Twitter is awash with tributes to the great Patrick Kavanagh today as people pay their respects on the 50th anniversary of his death. The Monaghan writer is arguably the most quoted of any of the Irish literary greats but one line that I found buried deep in Des MacHale's book, Irish Wit, is perhaps my favourite.

It's not exactly his most poetic but it literally made me 'Lol' as the kids would say. 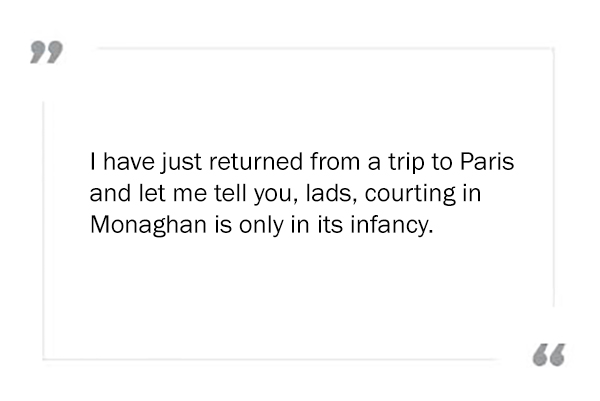 If he were alive now I'm sure his opinion would be easily changed after one night at a Nathan Carter gig in the Fiddlers!

Elsewhere, people have been sharing lots of other great quotes and stories about the Inniskeenman. Over on Balls.ie we shared a great tale about how his love for ice cream cost his team a county final in the early 1930s, while Denis Hurley was reminding the ghost of Kavanagh not to get too big for his boots.

Check out some of the other great tidbits on Twitter!