If you play with fire you're going to get your fingers burned. If you decide to become a beekeeper without having earned the necessary training certificates, or without having purchased the appropriate equipment, you will end up covered in some very, very angry bees, and you will get stung. If you decide to meet people through an online dating app and have unprotected sex with them you will, eventually, contract an STI. Though that is not to say you would fare better attempting to have sex either with fire, or bees, although your chances of infection will be much lower, things probably won't pan out too rosily.

A survey of 2,000 young people in the UK aged 18-24, conducted by ZavaMed showed that 18% of those surveyed said that they'd contracted an STI from having slept with someone they'd meet through a dating app.

Of the 2,000 people surveyed it showed that 85% have used dating apps, with Tinder being far and away the most popular, at 70% with Bumble, at 6% coming in as the second most popular.

Of the 18% who have contracted an STI, chlamydia was the most prevalent STI contracted, with 10% of those who'd previously sued dating apps having caught it.

There were several other correlations observed through the research. Namely that prevalence of STI transference was likely to be higher among gay people, with a third of young gay people saying that they'd at some point tested positive for an STI after meeting a partner online. However, this could in part also be because LGBTQ people were more likely to be screened for STIs with some regularity than heterosexual people of the same age. 34% of people who identified as gay and 33% of those who identified as being bi-sexual said they'll go for STI tests as opposed to just 28% of heterosexual people surveyed.

Interestingly it also suggested that STI contraction rates through meeting people on dating apps were higher in rural areas among young people than in urban areas.

Now, it seemed increasingly likely to me as I was writing this article, that I would probably end up signing it off with some reference to 'rubbering up' like I was little better than a substitute Geography teacher who's floundering through a talk on sexual health that they were asked to give at the last minute. This is not something I was entirely comfortable with, so in lieu of having to end things like that,  I shall instead just leave here one of the promotional infographics from Zavamed. It features an array of condoms in varying states of unfurledness, by way of representing a graph on STI rates - hopefully this will subliminally hammer home the point. 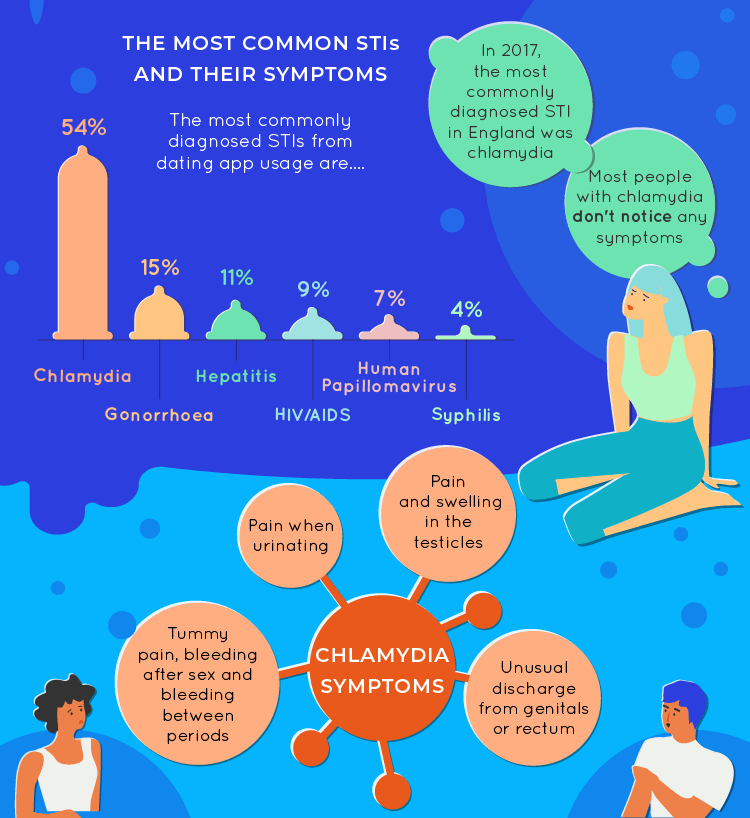