A Shocking Number Of Students Are Financially Struggling In Ireland

Most students undertaking higher level education understand the financial struggle. Between rent, food, travel and expensive course texts the list of expenses is never-ending. Now, according to the sixth report by Eurostudent (an organisation that tracks students living conditions across Europe) over a third of higher-education students in Ireland experience “severe financial problems". 10% of the overall student population in Ireland contributed to the survey.

According to The Irish Times, 36% of the total number of students to contribute to the survey said that they experience financial difficulty with the problem specifically impacting older students. According to the survey, the average monthly income for all third-level students is €754 while the average expenditure is €832. Reportedly, 42% of a students expenditure is met by someone other than the student, such as a parent or partner. 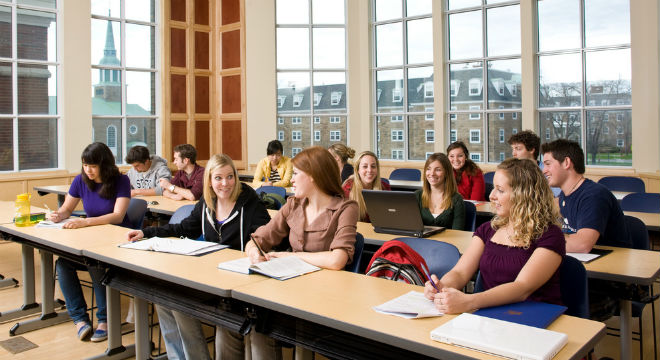 Furthermore, the study found that more postgraduate and full-time undergraduate students are reliant on financial support from their parents or other, a higher statistic than five years ago. A number of factors are contributing to this: The number of students in higher education has increased by almost 8% since 2013 and, as the economy improves, more parents can afford to support their children during their third level education without the student having to work a part-time job.

The survey discovered that a gender imbalance occurred throughout higher level education. More men were likely to attend institutes of technology and higher numbers of women were found at universities. Almost 12% of students attending Irish colleges have children and 22% of the student population is made up of mature students.

When it came to experiencing college life, students who live in campus halls of residence reportedly spend less time studying than those living in other forms of accommodation. Although a high proportion of students find that they fit into the education, 36 % of students feel like “detached consumers” rather than “partners in education” with many feeling that lecturers are not concerned with their learning progress.

Also Read: The Royals Are Looking For A Specific Graduate To Come And Work For Them

News
By Ryan Carrick
€168m Funding Approved For Third Level Online Learning
News
By CollegeTimes Staff
Department Of Education Tells Colleges & Schools To 'Err On Side Of Caution' With Closures
News
By Rory McNab
Study Shows That Ireland's Young People Are The Most Educated In Europe
Trending Now
Uncategorized
By Kenneth Fox
Signs That You're A Complete Asshole
Travel
By Dafe Orugbo
Bucket List: 20 Things You Need To Do Before You Turn 20
43