16 Of The Best Jokes That Were Cut From 'Father Ted'

I was back home for the weekend I spotted something that caught my eye. Lying, gathering dust on my bookshelf at home was Father Ted: The Complete Scripts. As I was leafing through it I started seeing some of the gags that failed to make the show and subsequently began the wholly altruistic task of transcribing the best 16 jokes that didn't make the cut of Ireland's greatest sitcom, Father Ted. This was a real slog, so I hope you enjoy.

Dougal: You could have lied to him!

Ted: I told him all sorts of lies! I said there was a massive radiation leak and we were all dying of cholera and we spending all our time throwing bodies into a mass grave... But you know the way he is! He just shrugs it off.

Mrs. Stone: And of course, he had this Father.

She shows him a medallion containing a lock of hair

Mrs. Stone: He said that he snipped that off when you were asleep, Father. He would have asked, but he was afraid that you'd say no to him. And that would have broken his heart. He wanted a memento of you to carry around with him wherever he was.

We see Ted reading 'Bejeweled With Kisses'. He looks up over his glasses at Dougal. Dougal is reading Polly's copy of Cosmopolitan, his eyes wide.

Dougal: (under his breath) Jaysus.

Ted: It might not be a good idea reading that Dougal. You'll get confused.

He shows Ted a full-page photograph of a glamorous Miss Basinger.

Dougal: I hope I look this good when I'm forty. My God.

4. Dougal starts to wonder about his future

Dougal: It's just that at times like this, you start thinking about things. Like maybe settling down. Finding the right girl...

Dougal: They should have more 'travel' versions of games, shouldn't they Ted? I mean, I've got this great idea for golf in a car-

Ted: I don't want to hear the rest of this, Dougal.

Dougal: No, I know it sounds mad, but if you got very small clubs-

Dougal: No, all you need is a fairly big ball...

Ted: No, Dougal. No. All right? No, stop. I'm going to set you on fire if you don't stop talking about playing golf in the car.

6. Dougal doesn't know what a Bishop is

Oh no, why is he always bothering us? You'd think he'd have his hands full running that betting shop.

Later in the episode

Dougal: It must be fantastic being a Bishop. Do you have any tips?

Dougal: Y'know for the racing.

7. Ted wants to prove to controversial popstar Niamh Connolly that the Church is modern

Ted: We'll show her we're a more forward thinking parish than she thinks.

Dougal: What do you mean by a 'forward-thinking parish' exactly?

Ted: I mean one that isn't too constrained by some of the more old-fashioned views of the Church.

Dougal: But we'd still believe in God and all that?

Ted: Oh I think so. The belief in God thing, that's very important to the Church. That'll be one of the last things to go. 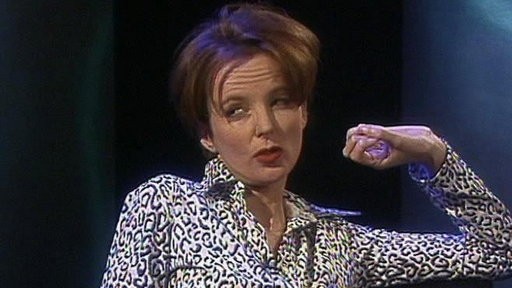 8. Fargo and Ted talk about God

Fargo: Where is your kind, benevolent God now, Father?! Where is he? Tell me this, would a just God allow this to happen to Chris?!

Ted: Well it's easy to blame God for everything, Fargo. Certainly he's let me down loads of times. (Bitterly) I mean loads... but you just have to presume that he knows what he's up to.

Fargo: I want to believe you, Father. But it's the eternal Catholic dilemma. I think it was Saint Thomas Aquinas who was tortured by doubts...

Ted: Yeah, great. Anywyay, best not to think about any of that stuff at all, I find.

9. Dougal talking about the 'Beast'

Dougal: You can't leave it by itself or it goes mad, and if it goes near water it turns kind of a purple colour. It can reproduce the smell of fifteen different types of cats.

Ted: I'm calling Father Darsoley. Dougal's in trouble and he might be the only person who can help.

Mrs. Doyle: Oh yes, he helped the police with that hostage thing last year. I forgot how it ended.

Ted: He tried reverse psychology on the terrorists. He said something like, 'Oh, go ahead, kill them all! Who cares about them?!'

Ted pauses. He hangs up the telephone.

11. Ted is paranoid about being bugged by Dick Byrne

Ted: Dougal... how long has that video camera been there?

Ted: Dick Byrne! Well, Dick, see how you like this!

He smashes the camera to smithereens

Dougal: Oh, wait, Ted, now I remember. That's actually your video camera. I thought I might do a fly-on-the-wall documentary about the match

Dick Byrne (on the phone): By the way Ted don't worry about the video camera. You can have a lend of mine if you want.

Ted: Oh thanks very much Di- Wait a second! How did you know I smashed up my video camera?!

12. Ted clarifying that Jack is allowed to play the over 75s all priest football match in a wheelchair by consulting the over 75s rulebook

There is a reverent hush.

Ted: The greatest over seventy-fives priest footballer there ever was. This was his testimonial game against Hungarian/Polish selection. He had a massive stroke during the pre-match warm up, but he was still determined to play. He was held in such esteem that the referee let him play in a wheelchair.

13. Mrs. Doyle's Half time analysis in 'Escape From Victory'

Mrs. Cavanagh: Mrs. Doyle, an exciting first half, any thoughts?

Mrs. Doyle: Sensini's not getting picked up. The problem is he's got a free role in midfield. He's pulling the centre half all over the place.

Mrs Norton: It's not just a lack of pace. Some of that marking from set pieces... you wouldn't see that in a school playground.

Mrs. Doyle: That corner they had just before half-time-

Mrs. Norton: The defending on that was a joke.

Mrs Doyle: You can't have the full backs staying on the post like that. You've got to have them push out, or they're leaving their front two onside. That's naive defending. Do that too often and you'll get punished.

Mrs Cavanagh: Anyway, let's return to what should be a very exciting second half.

Dougal: Maybe they just get fed up there in heaven. They decide to go on a little tour of household appliances and sundry items. Remember that fella in Sligo? There was an image of Padre Pio in his wig. And Saint Martin De Porres appearing in those triangular teabags in Clare.

15. Ted on how Jesus was uncool

Ted: Dougal, it's not the priority of a priest to worry about how hip their parish is. I mean 'The Man Himself' was probably regarded as being a bit of a square when he was alive.

Ted: Yes, Dougal. But after he was nailed to the cross, people began to think 'I see what he was on about'.

Dougal: God Almighty, Johnny Cash was nailed to a cross?

Dougal: Oh right... I was thinking about 'The Man In Black'

Eoin McLove: Why don't they leave me alone? Do you know what they send me as well? Big bras. Sure I've no need for them. I'd have to be very hard up for clothes to wear big bras. God Almighty, this came in the post this morning. Look at the size of it.

See Also: 25 Things You Might Not Know About The Very First Father Ted Episode

Entertainment
By CollegeTimes Staff
13 Invaluable Life Lessons The Snapper Teaches Us
Entertainment
By Grainne Sharkey
Pancake Tuesday And Derry Girls All On The Same Night - Amazing!
74

Entertainment
By Rory McNab
WATCH: The First Trailer For Derry Girls Season 2 Has Just Been Released
Previous Next