The 8 Worst Gobshites You'll Find In The Cinema

Going to the cinema is one of life's great simple pleasures. It can be a bit expensive these days, but if the food and the film are good then you feel like you got your money's worth. The only thing that ruins it is... other people. Avoid the following at all costs to ensure you don't have a bad cinema experience.

There’s something really odd about someone who chooses to go and watch a film, an activity that just requires you to sit and look at a screen, and then proceeds to chat away at an audible level. There’s a special place in Hell for these people. Obnoxious laughter falls into the same bracket.

Some people are incapable of eating without making a load of noise while they’re at it. Whether they’re crunching their nachos or slurping a soft drink, this person lacks the kind of decorum I expect of my fellow cinema goers. Although I have been told in the past that I eat loudly, so I could be a bit of a hypocrite on this one.

Keep your friends close, but your bag of popcorn even closer, because they will nab that shit from right under your nose. They think that kind of behaviour is acceptable, but let them know you will cut their hands off if it happens again.

That Person Who Walks Right Over You

Almost unavoidable, unfortunately, unless you’re in a near empty theatre. At some point someone will need to get by you in order to get to their seat or the bathroom. There’s obviously no problem with that, but what gets my goat is the odd imbecile who steps on your toes, walks all over your stuff, or is just plain rude about it.

Thankfully rare, but once in awhile someone behind you, or maybe even the person you’re with, will ruin the whole movie for you by revealing something to come. “Oh, I think I read about this, turns out...” Just stop right there, scum. No one paid to hear the plot twist from you, so keep it down. Often times the Spoiler and the Talker are one in the same. 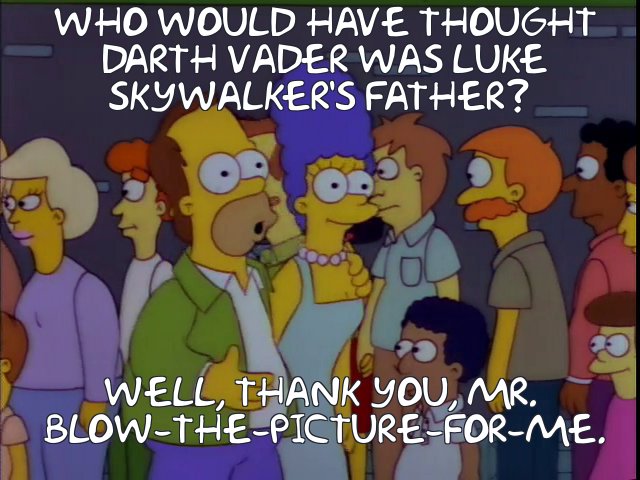 If you're going to make out in the cinema, at least find the darkest corner up the back where no one has to see or hear you. Please.

That Person Whose Phone Keeps Going Off

Just turn the fucking thing off.

Literally the worst of the lot. Perhaps I should stop going to midday screenings of Moana, but goddammit I just want to watch the movie in peace. The worst though is when parents bring their young ones to films they really shouldn’t be at. Yeah, I know Transformers was for kids when you were growing up, but that franchise has gone full Michael Bay nowadays. Now we’ve all got to put up with your little lad bouncing around the place, while his baby sister is crying. Thanks for that.

Don’t be one of these people responsible for a bad cinema experience.

Life
By CollegeTimes Staff
8 Fair City Characters You Haven't Thought About Enough Recently
Entertainment
By Joe O'Gorman
Quentin Tarantino Starts Work On Django Sequel Crossover
Entertainment
By Grainne Sharkey
Brace Yourselves: A Bird Box Sequel Is On It's Way
Trending Now
Travel
By CollegeTimes Staff
18 Perfect Places To Travel With Your BFF
Life
By CollegeTimes Staff
Examining The Cultural Touchstone That Was B*Witched's 'C'est La Vie'
Uncategorized
By Kenneth Fox
Signs That You're A Complete Asshole
Life 101
By Lauren Rol
59 Questions You Should Ask Your Tinder Match
About Us ● Advertise ● Privacy ● Contact Us Powered by Publisher Plus
Next Page »