Yes, I know, you may be a bit confused seeing that headline; "But, John is dead?". Yes, he is, and no, he won't be returning form the grave.

The story of John Meehan and Deborah Newell is definitely finished, John can't do any more harm. So how will Netflix make a second season of 'Dirty John'?

Netflix has had a second season of Dirty John ordered for a while now, with the idea of the show to become a series of different dark and twisted relationship stories. Netflix will turn the series into an anthology type series, with a new story to tell each season -Like American Horror Story.

The second season's plot is not released just yet, but it's being said that it will be a 'different and self-contained story.' Interesting. 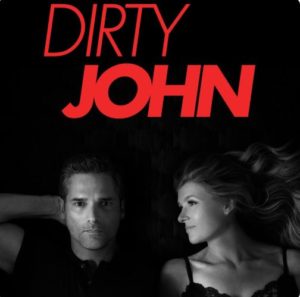 So, Unfortunately Connie Britton and Eric Bana's story has come to an end after season one, and there will be an entirely new cast lined up for season two. Who knows what will happen?

If you are devastated you won't see more from the psychotic story of John Meehan, don't worry, because Netflix have also ordered a doc-series about the real John Meehan and his story, that will give us all kinds of Abducted in Plain Sight Vibes.

This docu-series will interview different people involved in the case, giving their take on John Meehan.

If you can't wait until then, Netflix already have a documentary out called Dirty John: The Dirty Truth, that interviews ex-girlfriends, ex-wives and police detectives who were involved in the decades long case of John Meehan.

Quiz: Can You Match The Hilarious Derry Girls Quote To The Character?

Life
By CollegeTimes Staff
Think You're A Whiz At Capitals? Take The Toughest Geography Quiz Going
38