Embarking on your journey to college is a lot like being shipped out as a soldier to the First World War - you are probably young, quite scared, and will, in all likelihood, spend the next four years surviving solely on a diet of low-quality canned-goods. As such, you will almost certainly be inundated with advice from all quarters. All manner of aunts, uncles, cousins, and other miscellaneous relatives will come out of the woodwork, each trying to ply you with advice about the Big Move up to Dublin™. No doubt your parents will also be weighing in, liberally deploying phrases like ' try keep a balanced diet' and 'just be sensible'. Naturally, all of this advice should be discarded immediately in favour of following the advice in this article.

Adjust To The Culture Shock:

When you arrive in Dublin, bright-eyed and bushy-tailed, there is one important distinction to bear in mind about life in the capital - don't ever say 'hello' to a passing stranger. While that kind of jovial, communal attitude may have washed with the people in your town, concepts such as 'friendliness' should immediately be shelved upon arriving in Dublin. Be aware, should you carry the habit of saying hello to every passer-by, don't be surprised if you're either shunned, spat on, or find yourself waking up several hours later in a bath full of ice with a kidney removed. 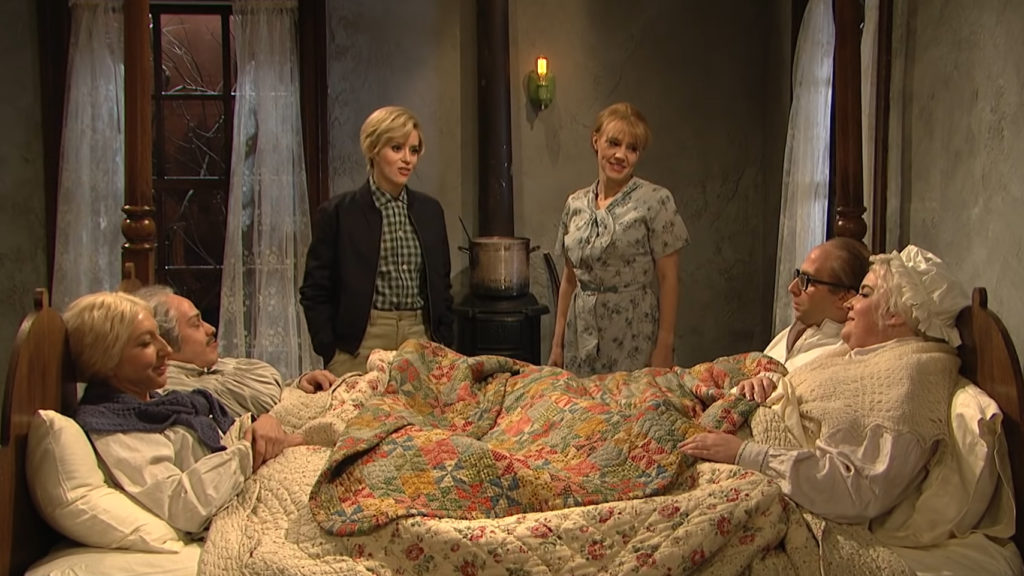 If you are one of the majority of people who choose to defer dealing with every important piece of life admin until it is woefully too late, and have found yourself in the middle of Dublin with nowhere to stay, it is imperative you find long-term accommodation before sundown. However, given that Dublin landlords seem to be conspiring, through overly-inflated rental prices, to bring back tenement housing, it is worth bucking your own trends and endeavouring to try source accommodation in advance.

When you begin college, and are hurled into the howling vortex of Freshers' Week, your goal should be twofold. Firstly, you should take advantage of as many of the promotional society events that feature pizza as possible. It is this free food that will provide the majority of your sustenance for the week. However, given that the tactics employed by these societies to lure you in roughly resemble those of a low-level cult, try ensure that your involvement starts and stops with you simply harvesting as much free food from them as possible. The last thing you want is, having wandered into an event in search of some free pizza to help soak out your hangover, to emerge as treasurer of the circus and trapeze society.

Use your time in Freshers Week to develop a broad coterie of friends. While most of these will develop naturally, you should endeavour to source two particular type of people to add to your entourage.

Since you're attending college in Dublin, you will grow to realise that your bank account will be little more than a desolate wasteland for the next three to four years. As such, you should endeavour to source yourself a wealthy friend so that you may live off their largesse. Tired of having spent the previous four days of your life surviving off little more than baked beans? Simply arrange to hang out with your wealthy friend and suggest that you get a takeaway together. Once they've made a few calls to their trust fund to free up some assets from one of their offshore property portfolios, you'll soon be chowing down on some sweet, sweet lamb bhuna and naan.

Secondly, there is a certain type of student that you should try befriend, the 'student living' savant. They are the sort of person who has a gift for making an art out of budget living. The sort of person who has committed to memory the prices of the student deals in every eating establishement within a three mile radius. The sort of person who, though they sleep on a bare mattress, will have constructed, in the living room of their student house, an elaborate throne made from empty cans of continental lager. Find one of these people and keep them close, for they will be your shirpa through the difficult world of student living.

While it may seem sociopathic to cultivate your friend group to such a degree, surviving ain't always easy - in the wild, some animals eat their young to survive. Such are the sacrifices that need to be made in order to survive in Dublin - finding particular friends that is, not eating your young.

Copious nights out are set to become a staple of your college existence. Indeed, it is the potent combination of sleep-deprivation and hangovers, provided by these nights out that will help you justify your academic under-performance. 'That tutorial on Kierkegaard? Didn't catch a word of it, I was absolutely shattered.' 'Was I at that lecture on string theory? If I was would I have all these branches from a hedge stuck in my hair and the general demeanour of someone who definitely spent last night asleep in a hedge?'.

Dealing With The Reputational Fall Out From Nights Out:

We are living in a kind of Orwellian surveillance state - except, instead of it being the government filming you, it is each and every one of your friends recording your every move. Given this, it is imperative that you have a plan for dealing with the potential catastrophic humiliation that will follow a video of you dancing on a nigthclub table to Natsha Bedingfield's 'Unwritten' beginning to circulate in your class social media groups. You can either go down one of two routes: style it out and seek to point out that: 1) your moves in the video were nothing short of hot, molten magic, and 2) anyone who isn't compelled to dance on a table upon hearing such a musical tour de force has a heart of stone, of stone!

Or, you could use your 25GBs of 4G data & unlimited weekend extra to try firefight, claiming that the video isn't of you at all, that it is in fact a deepfake creation, seeking to ruin your otherwise impeccable reputation.

Also Read: Getting 20/20 In This European Cities Quiz Is Nigh On Impossible