21 Things You Could Do Tomorrow If You Absolutely Hate GAA

Some things just seem to pass you by. I remember when I was in school in the height of the Pokemon craze. I was neck deep in Pikachus, Charizards and that prick that was a cocoon. Suddenly without any forewarning Digimon entered the fray and people seemed to have jumped ship to what was, in my mind, a superficially similar and inferior version of essentially the same thing. So I let it pass me by, and stayed loyal to my Pikachus, Charizards and that weapons-grade bellend of a cocoon.

My experience with GAA followed along roughly similar lines. I had barely been introduced to real football, or 'soccer', as I will begrudgingly call it to avoid confusion, and was trying to wrap my infantile bonce around all that that entailed and then all of a sudden I was presented with GAA. I had already sacrificed enough time out of my frankly hectic schedule (tracing dinosaur skeletons from a book and cultivating a thrillingly risqué bowl-cut) and couldn't see how I could find the time to learn and care about, seemingly, so similar a sport. So I let it pass me by, settling down for a life-time of monogamous fascination with the only ball-sport of my heart, soccer.

So, every year, come September when the whole nation seems engulfed in a frenzy over which group of fellas from which specific part of the country will get the better of an inflated orb in a heavily attended park in Dublin, I seek to perhaps find better uses for my time. Here are just some of the ways you could spend 70 minutes if you couldn't care less about watching the All Ireland Final replay tomorrow.

Though this and GAA may be superficially similar, taking place as they both do, outdoors, I'm thrilled to say the overlap stops there. You are in frankly minimal danger on your stroll of having some thick-haunched man unexpectedly scythe through your legs in search of a ball. Simply enjoy the serenity of your stroll.

A good risotto is all about patience. Letting the rice slowly soak up the stock, gradually becoming plump and tender. It would be 70 minutes well spent.

Honestly, there are many other sports. Man Utd are playing Everton at 4pm, that'll be worth checking out. You could also look up videos of Calcio Storico a sport which you may never have heard of but definitely need to know about. It's basically a mix between handball and a fight in a pub car park after a wedding.

4) Teach yourself to play the tin whistle:

There is a YouTube tutorial claiming to be able to teach you the one and only tin whistle song you will ever need to know, My Heart Will Go On, in 9 minutes. This leaves you some 61 minutes to go out and try find somewhere on a Sunday that is both open and selling tin whistles.

I have no idea what this film actually is, I merely stumbled across it during some research for this article. Misleadingly, it actually has a running time of 92 minutes, which is slightly annoying. Though I suppose if you factor in half-time then it may just about make the cut, as it would be truly perverse to ignore the entirety of the match, yet tune in for the half-time analysis. So it makes the cut on this count.

You can become an ordained minister online through this website. It has a sidebar claiming to have some pretty impressive names, including Conan O'Brien and Benedict Cumberbatch among its ordainees, however they provide minimal actual evidence of this. Furthermore the stock photo they use of Conan O'Brien also features an owl, but it is unclear if the owl has successfully been ordained too. It only takes a few minutes to submit an application and when you are done you will have the added bonus of knowing that you can use your new connection with the Big Guy to condemn those of your friends who are into GAA to the fiery depths of hell. Wield your new powers wisely friend.

The woman presenting it has the tenor and look of someone creating a hostage video who's been chained to a radiator in Beirut, and who's to say she isn't as, based on a quick scan through the video, there is never a full body shot. If this is the case then it begs the question, 'Why aren't we helping her'. Well, with the best will in the world, 70 minutes is not enough time to organise a hostage negotiation and rescue operation, so may as well just try polish up on the Queen's English with the help of this poor imprisoned soul.

8) Contemplate the ills of your past:

Come on there's gotta be a lot there and frankly I can't imagine even a solid 70 minuutes of pondering would cover it. 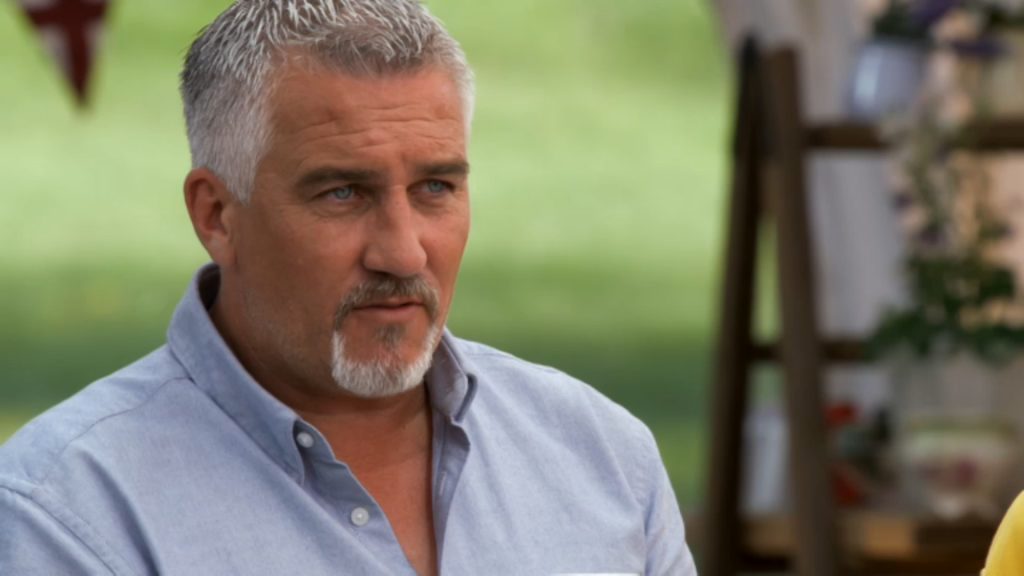 Check out an episode of this bad boy, it's an absolute doozy. By skipping one ad break this should whittle the running time down to the allotted 70.

10) Embark on a competitive eating escapade:

The mean number of hot dogs consumed at Nathan's Hot Dog Eating Contest was 30.3 (genuinely, some 3 minutes of my life were spent figuring that out), eaten over 10 minutes. So, assuming that you could keep this pace up over the course of the 70 minutes you could polish off around 212 hot dogs. This is over a month's worth of calories for the average man. Not having to eat again for a whole month will really free up so much of your time.

Remember when digging used to an enjoyable pursuit in and of itself. As a child, either at the beach or just in the garden, you could be handed a spade and you've got yourself a solid 70 minutes entertainment for yourself. Some people have followed through with that early passion and have turned digging holes from just a passing hobby into their profession namely; archaeologists; those in construction; undertakers and, brace yourselves for some social satire, George Hook. Why not re-acquaint yourself with this lost art.

12) Construct a beard of bees: 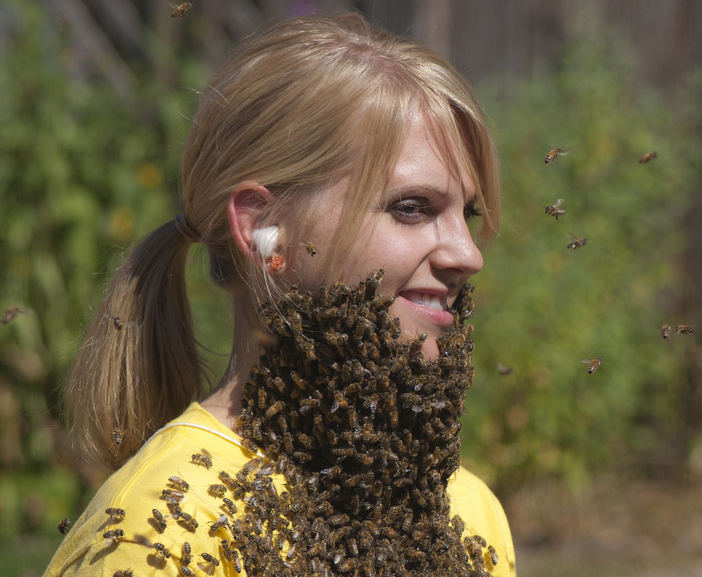 Slather yourself in honey, wait for those furry fellas to roll in. As they begin to amass around your chin and you question the wisdom of your decision as your skin begins to swell from the stings, content yourself with the knowledge that you've got yourself an Instagram post in the making that will be the talk of the town.

13) See how long you can hold your breath for:

Last year I managed 1 minute 37 seconds, though this admittedly left me with some 68 minutes 23 seconds to fill before the match was over.

14) Listen to Rollin' by Limp Bizkit on repeat:

By my reckoning, you could get in 17.2 playthroughs over the 70 minutes. Interestingly, the repetition of one heavy metal song, ad nauseam, is a tactic of torture once utilised by Guantanamo Bay.

via GIPHY
If you're being completely honest with yourself, you know it could do with some work.

Why not simply try to sleep through the trauma. You both get to miss out on all the action as well as catch up on some much-needed Vitamin Snooze. This tactic of hibernating is also employed by some mammals to ensure survival through winter.

17) Educate yourself on the perils of industrial agriculture:

Honestly, it's having some pretty dire consequences for the planet. Get a bit of reading done around the topic and you may come to some pretty stark realisations.

This will be additionally satisfying as not only will you be reconnecting with all the most annoying aspects of childhood, but you will probably also be tearing your neighbours away from their televisions where they were trying to enjoy the match. Good honest fun.

19) Get a relatively uncomplicated tattoo: 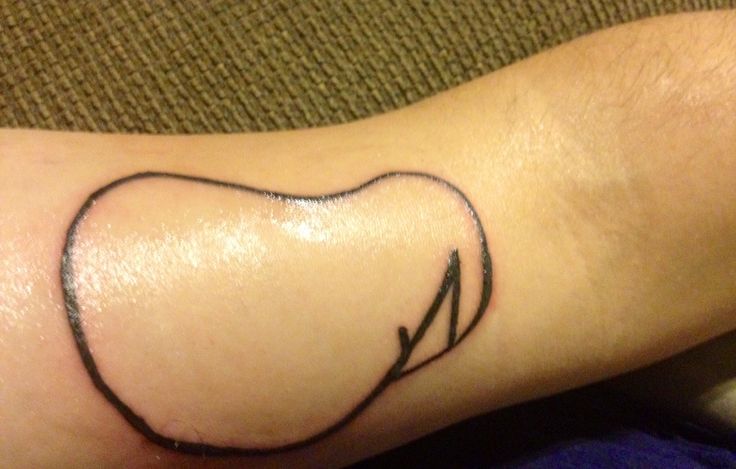 I'm not talking about something involving colours or any kind of meaningful design. Something simple and easy, like a humble crucifix.

A quick scan on Google Maps has revealed that it would take 68 minutes to get from the College Times offices to Carlow. This gives you some leeway for a pit stop somewhere on the way, or to have 2 minutes to wander around Carlow and realise that you should never have driven to Carlow in the first place.

21) Annoy those you know who have gone to the match:

Repeatedly text anyone you know who managed to get a ticket and infuriate them by asking “How's the hurling?”.