CIT Party Crashed By "Idiotic" Lads With A Dead Dolphin

Over the weekend images emerged of a party in a student complex, Parchment Square Student Accommodation, in Cork. The party was not your usual house party as it included a dead dolphin.

Photographs were found on Snapchat showing two young men dancing in the kitchen of an apartment with the remains of a dead dolphin as another man recorded the footage. According to Independent.ie, the dead animal was brought into the complex during the party by two young men who did not live in the student complex and it is not known how they came to be in possession of the carcass. 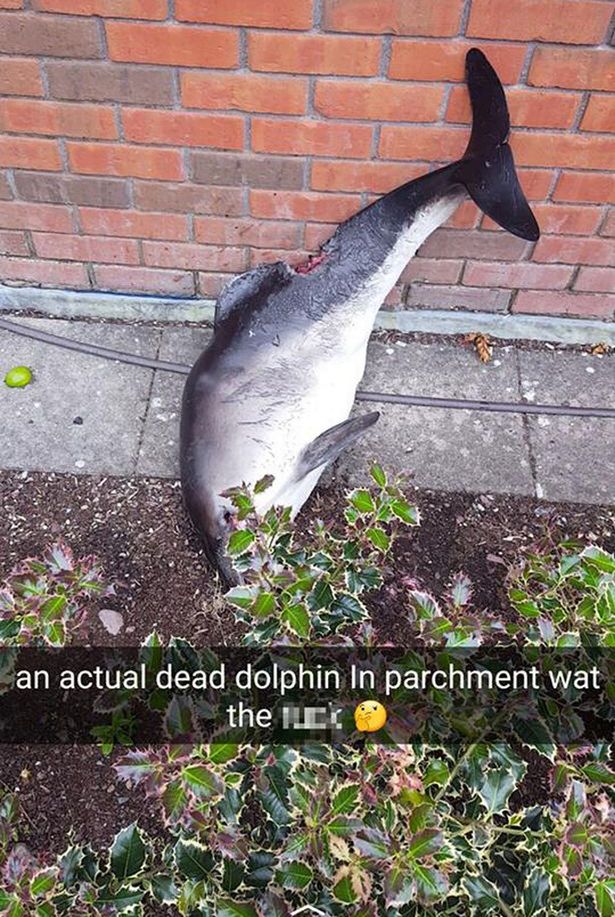 The morning after the party, the carcass was discovered by an employee on the front lawn of the premises and was disposed of in the appropriate manner. The Cork Society for the Prevention of Cruelty to Animals considered the behavior inappropriate and referred to the men as "idiots" and went on to say: "The mind boggles with people's stupidity. Anybody with any level of cop-on would know it's not right. They'll think twice before they do something like this again." CIT Students’ Union President Shane Falvey told the Independent that the student accommodation was not officially part of the college.

News
By Rory McNab
Photos: Thousands Of Irish Students Take To The Streets For Climate March
News
By Rory McNab
"I'm Grand," Cork Girl Who Performed 'DIY Amputation' On Her Own Finger
News
By Rory McNab
UCC Set To Open Massive New Campus In Cork City Centre
Trending Now
Uncategorized
By Kenneth Fox
Signs That You're A Complete Asshole
Travel
By Dafe Orugbo
Bucket List: 20 Things You Need To Do Before You Turn 20
Entertainment
By David Sweeney
30 Of The Hardest "Would You Rather" Questions Ever
43