Drake's Latest Dublin Instagram Is Leaving Our Jaws On The Floor

We don't know if this is a good thing or a bad thing. Drake played Dublin's 3 Arena last night and he put on some hell of a show. Going by some concert-goers tweets it sounded like he tore the house down;

I was a fanboy tonight guys... I saw my favorite rapper in concert 😊 you killed it tonight in Dublin @Drake 🙏🏼

Although fans can't stop talking about the gig, the one thing people have been screaming about is one of Drake's Instagrams from the night. It really does Dublin, as well as Ireland, ahem...proud. It shows a girl just minding her own business getting some money out of the ATM – pretty standard. There's also a teenage girl just chilling on the floor, just taking a breather – pretty standard.

Can we all just take a moment to let this sink in. 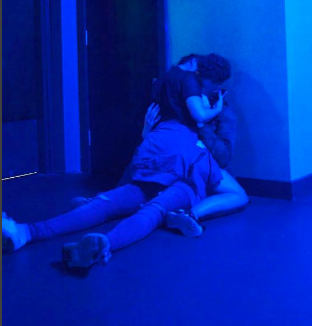 Two people wearing the face off each other with the caption, 'Dublin Moods'. Well lads, we've really seen it all now. This couple have truly make the rest of the rap world know that Ireland is full of sexually active young ones. Between this, the crowd being mental and himself having a few shots of Jäger and a pint of Guinness in Temple Bar, we can safely say Drizzy had a fantastic time in Dublin.

Also Read: An Irish College Is Giving Out Free Tampons To Highlight A Seriously Important Issue