At the moment all three apps work as separate platforms, but are all branches of the same company founded by Mark Zuckerberg. Zuckerberg has decided to start this process in order to hopefully have users spend more time on the apps.

At the moment this feature is completely impossible on any of the apps, but Facebook hopes that this will boost their user experience, as well as helping them compete better against both Google and Apple's messaging services.

"We want to build the best messaging experiences we can; and people want messaging to be fast, simple, reliable and private," said Facebook in a statement.

This may be a fear for some users, as Facebook has been known to have issues with data sharing. In recent times Facebook has gone through numerous investigations over how much data is exchanged between all three apps and how the company handles and protects personal data.

This project is being headed by Mr. Zuckerberg himself, and the idea has apparently caused a few arguments on how the apps would work in unison. It reportedly has already caused some 'internal strife', which is one of the reasons the founders of WhatsApp and Instagram left last year. 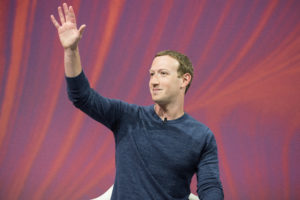 If this plan is successful, it will change the way we use these apps and the way we message each other, keeping us even more connected than ever before.

Hozier, Joe Wicks And Wild Youth Among Guests On The Late Late Show

News
By Joe O'Gorman
Facebook Confirms WhatsApp Will Introduce Ads Next Year
News
By Garret Farrell
Facebook Messenger Are Finally Bringing In A Feature Everyone's Been Calling For
News
By Garret Farrell
Facebook Suggests Satire Website Waterford Whisperers Is Fake News
Trending Now
Uncategorized
By Kenneth Fox
Signs That You're A Complete Asshole
Life 101
By CollegeTimes Staff
14 Signs That Your Girl Best Friend Likes You
Life
By CollegeTimes Staff
21 Irish Names That Are Never Spelt Or Pronounced Correctly
Life 101
By CollegeTimes Staff
31 Easy Ways To Annoy Your Boyfriend...
About Us ● Advertise ● Privacy ● Contact Us Powered by Publisher Plus
Next Page »