Watch: Analysing The Best Irish Political Video Ever Made

Ben Gilroy is a controversial figure. A member of Ireland's 'Yellow Vest' movement, and anti-eviction campaigner, he has caused a fair share of controversy but we're not going to discuss that here. Today Ben Gilroy released the greatest political video Ireland has ever seen. Let's analyse it

A strong start. iMovie intro, and an entrance from out of the frame. 3 posters, along with Ben himself, just to make sure you all know he is Ben Gilroy and he is running for an MEP spot. He also has a hurl. We're going to find out why he carries a "hurley stick". Good. 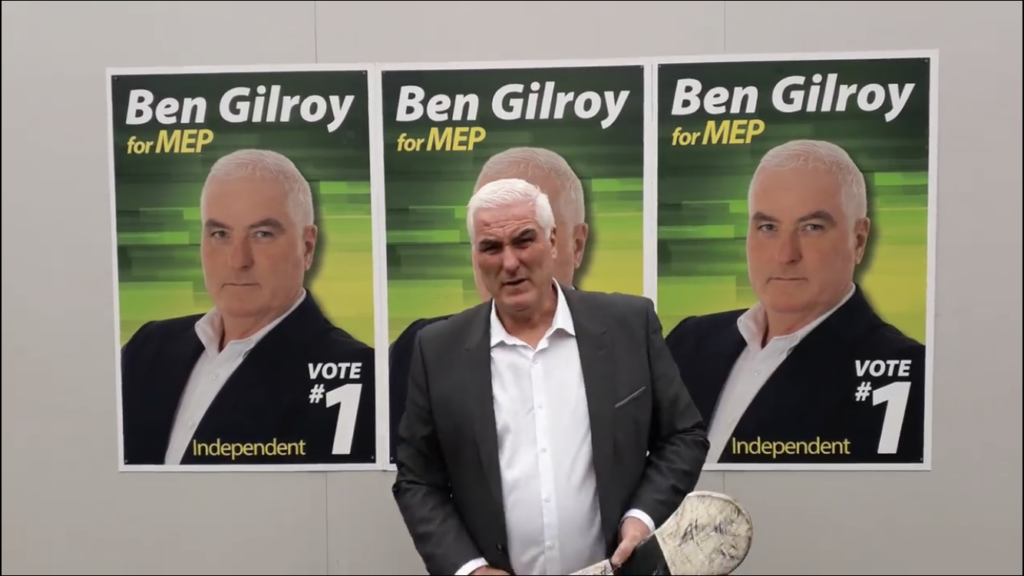 First frame change, we're now in front of a plaster wall with "State Corruption" on it. Elections are not about left and right, they're about right and wrong. Good and evil even. It's emotional stuff here folks. The European Parliament like, we're not fucking around. He finishes this impassioned speech on corruption by smashing the wall behind him to bits with the "hurley stick". The natural progression of events I think we can all agree. 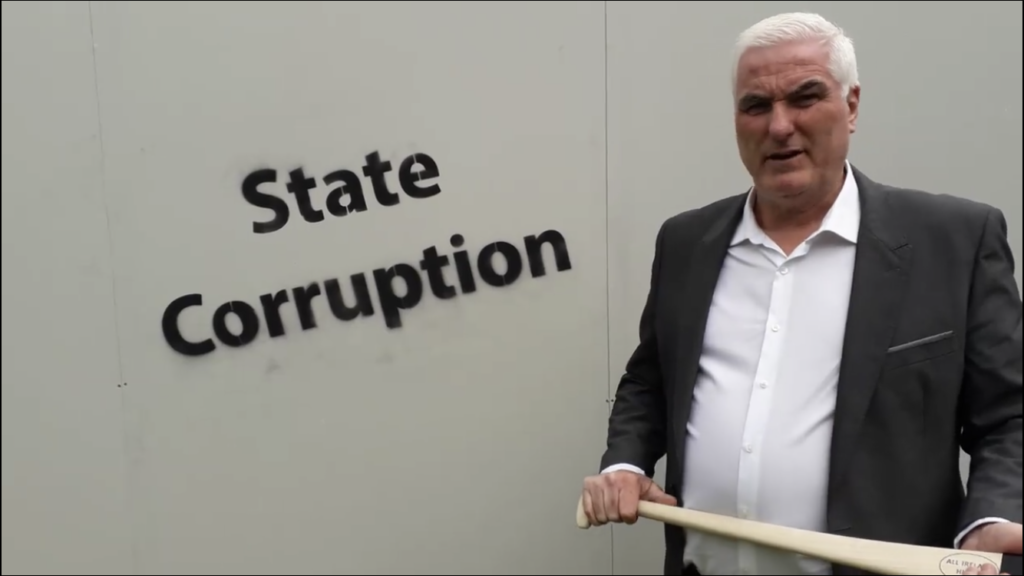 A classy iMovie transition later and we're now in front of a wall with the phrase "Constitution Violations". The grammar nerd within says this should actually read "Constitutional" but we'll plough on. There's something highly menacing about the combination of a black sports coat and hurl. By the way, Gilroy is brandishing his "hurley stick" you get the sense he spent a lot of his youth standing in a full-back line waiting for some poor unsuspecting corner forward to come his way. Anyway, back to the pressing matter of "Constitution Violations". Personally, I was fascinated to hear how my constitutional rights are disappearing but that point was left to the imagination. However, it sickens Mr. Gilroy to his "back bone". That sounds very important. This wall also feels the full wrath of the "hurley stick" 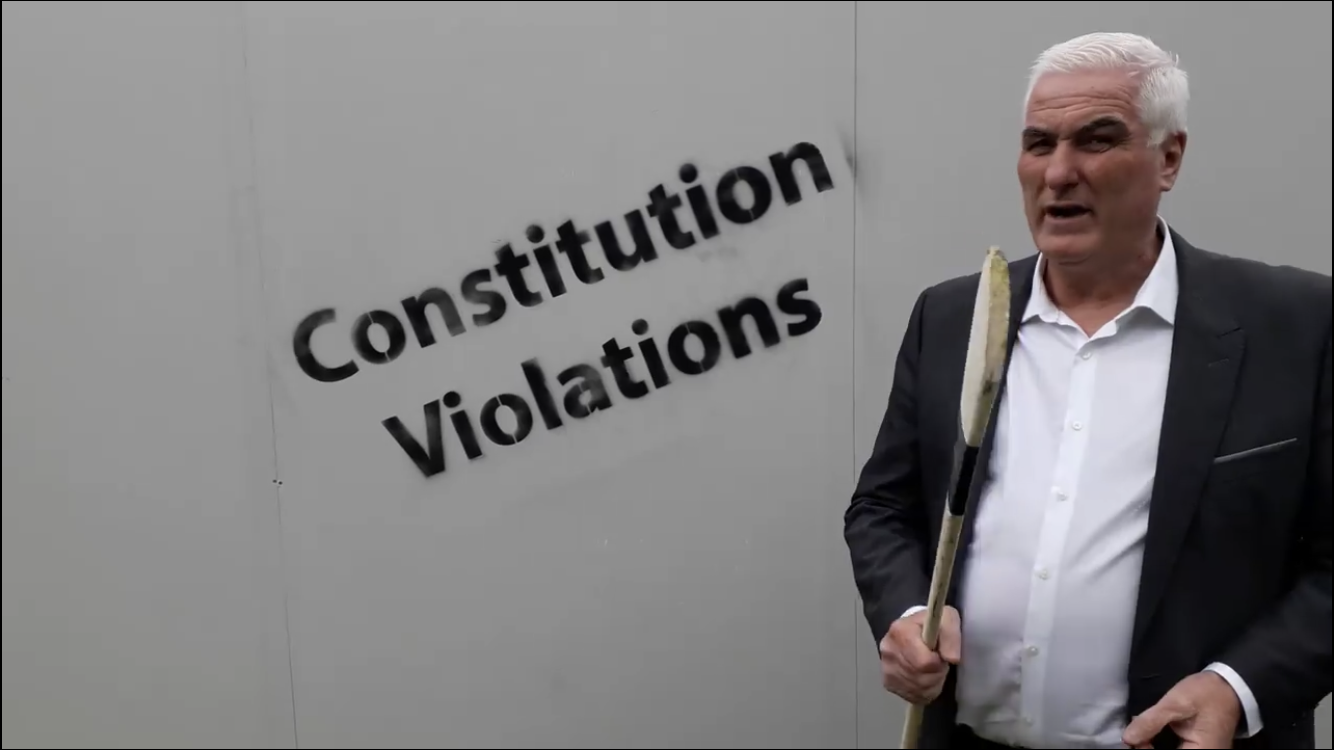 Next up for the Gilroy treatment is "Stealing Wealth". Now, this is something I can get behind. Finally, I'll get back all the wealth stolen from me by Supermac's snack boxes and cans of Tesco Lager. Gilroy is now a man in a flow. A deft tap of the hurl to the plaster wall keeps us on our toes as we wait with bated breath to find out how our wealth is being stolen. Again, it's hard to know how exactly this is happening but Mr.Gilroy assures us we will get it back. Grand. Smash that wall up there Ben g'lad. 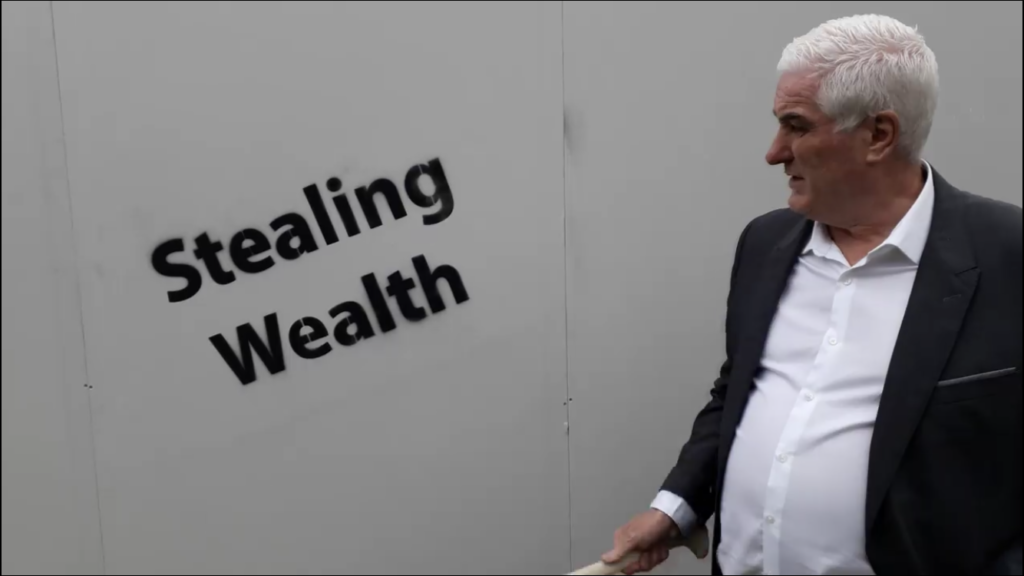 "Unlawful Evictions" are up next on the chopping block (pulling block? is that a hurling joke? who knows). This is Ben's area of expertise. He's gone to jail for this before he tells us. There's passion for you. I don't know about the rest of you, but jail time is exactly what I want from my elected representatives. Gilroy gives the wall a serious beating, with the venom of a man who went to jail for not completing his community service. 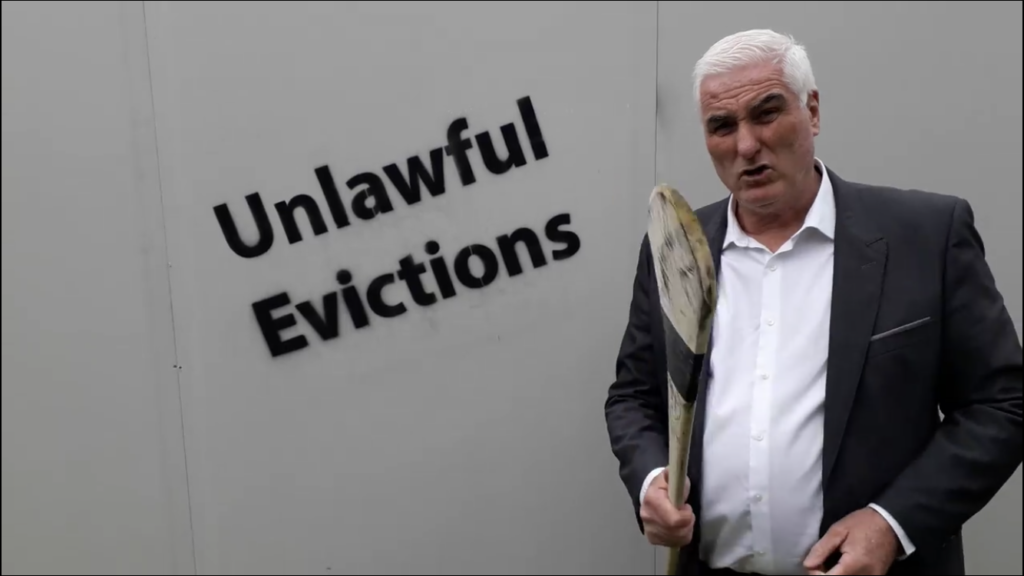 Here's the big one now "RTE". The state broadcaster has blocked Mr. Gilroy out of live debates. The cheek of them. They are under no obligation to include every single politician and they leave out Ben Gilroy. Outrageous. Then, they have the audacity to get the "talkers" on, who "do the talk". An earth-shatteringly hot take here ladies and gentlemen. A take hotter than the cheese on your pizza burning your mouth. Gilroy saves his strongest beating for last, nearly knocking down his entire set. 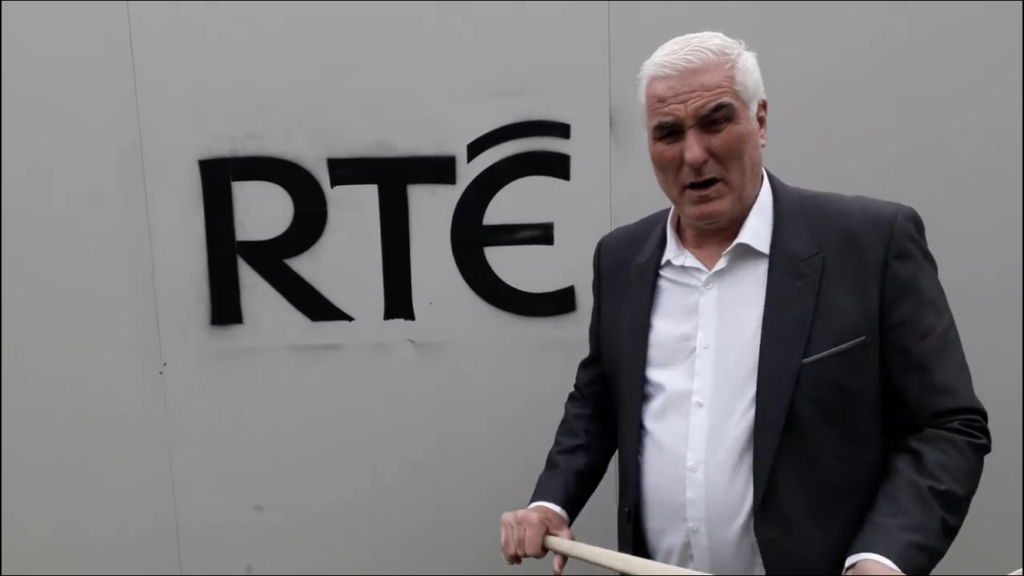 Final scene and we're back to the posters. We need someone tough. Ben Gilroy is tough apparently. He shows us this by taking a swing at his posters, and amazingly, the hurl just falls from his grasp as he hits them. Magical stuff. The Meryl Streep of European politics with acting like that. Beautiful. Gilroy shakes out his hands, "feck" he says. Gradual zoom to the posters, then fade to black. 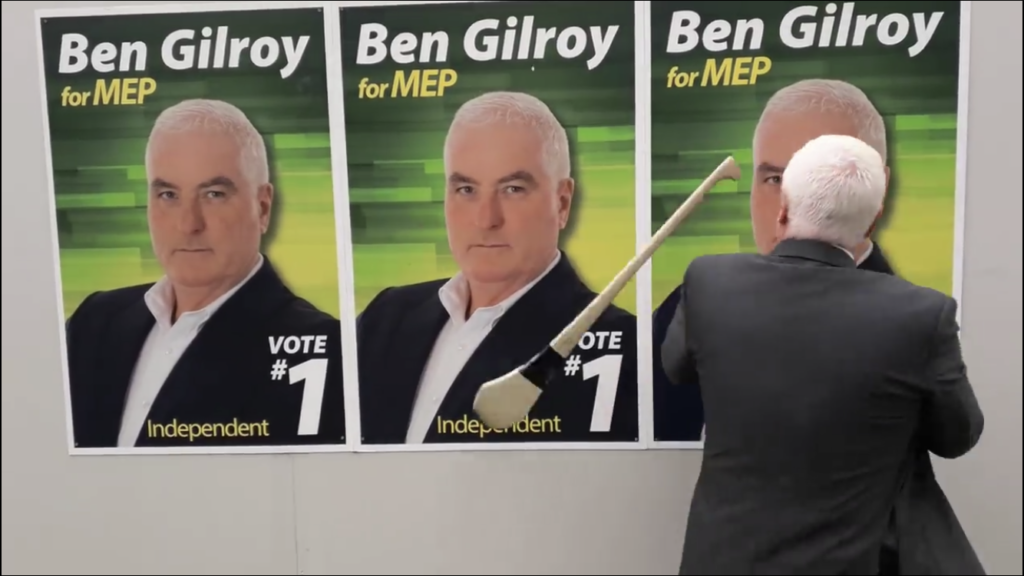 Questions remain, however. People were asking why he carries a hurley stick. Why do you carry a hurley stick Ben? You never told us man.

You can watch the full video here:

Also Read:  The Top 10 Most Shocking Moments In Game Of Thrones

Entertainment
By CollegeTimes Staff
Fake Or Real? Which Of These Reality Television Shows Have We Made Up?
About Us ● Advertise ● Privacy ● Contact Us Powered by Publisher Plus
Next Page »