The 45th President of the United States Donald Trump made a bit of a fluff up during one of his usual Twitter tantrums. Donald has been known to tweet out random encrypted messages from time to time to his millions of followers but Google was working overtime this morning as the 'word' "covfefe" was searched thousands of times by people confused by this tweet: 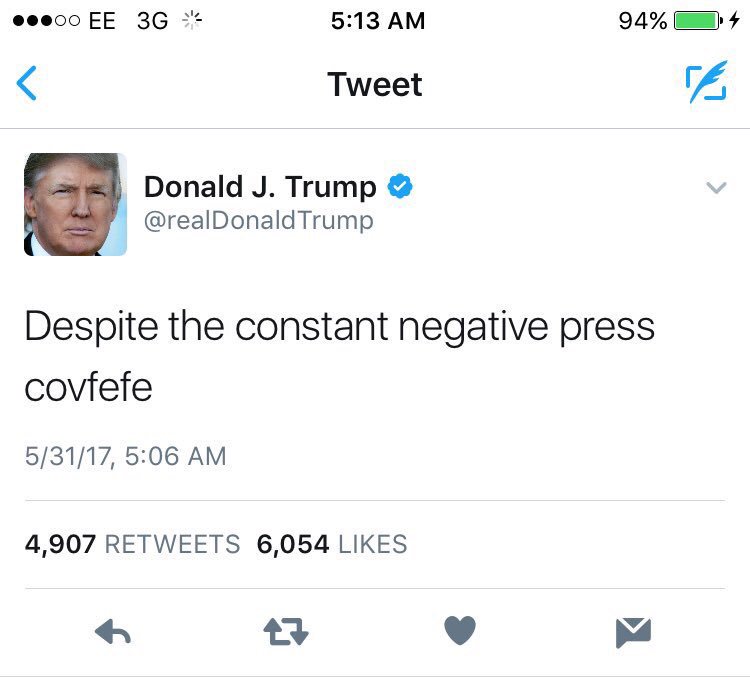 Here are the best reactions from the Twitter universe:

who are the four greatest rappers of all time?

Finally figured out what Bill Murray whispered in Scarlett Johansson's ear at the end of "Lost in Translation" #covfefe pic.twitter.com/fDFJUYlEz8

The word "confeve" is actually a magical word from an alternative reality: 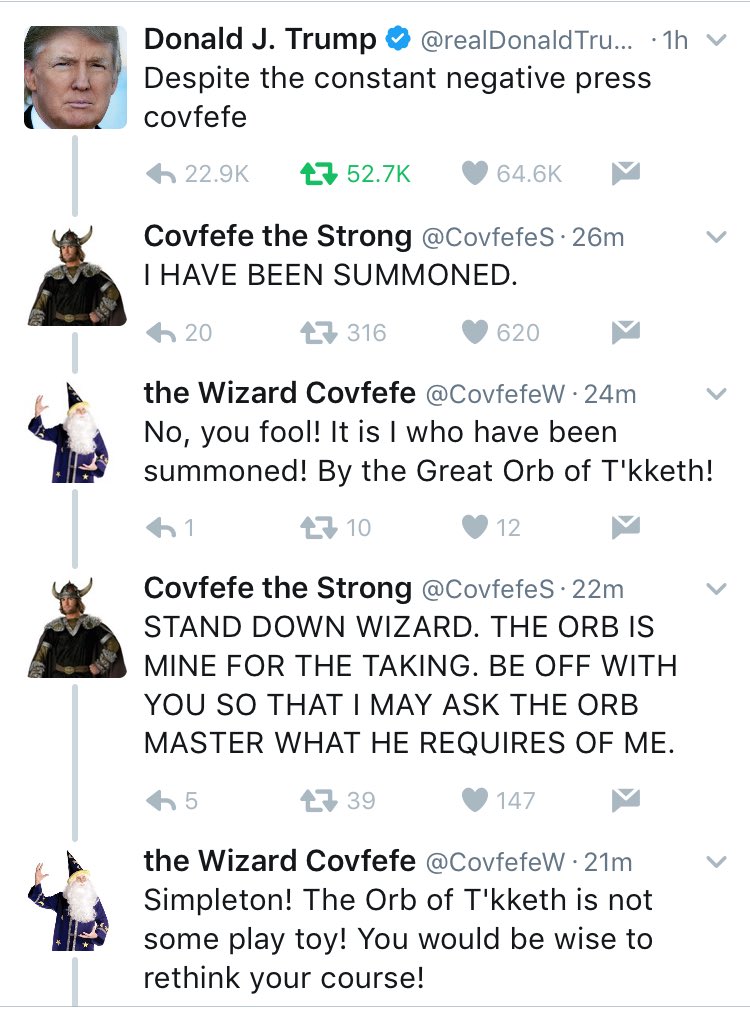 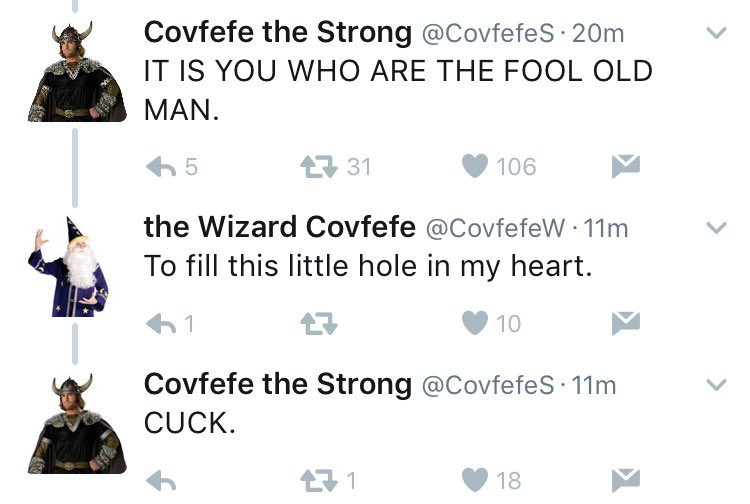 Or maybe it actually just means this:

You see, it's funny cause we're all gonna die

In the future, let us all hope a serious "Trump tweet" like, say, the end of the world, will not be open for interpretation!