If the internet's anything to go by, pogonophilia (the love of beards) is at an all time high. Beards are everywhere; shaving companies are reporting that they're losing profits on razors and other shaving product sales due to this fashionable frenzied fad of facial follicle fixation!

Beards have a history longer and more tangled than the chin warmers of a thousand Gandalfs, and for aeons men from all walks of life have sported face fur, including some major historical figures.

Alexander of Macedonia is famed  for being one of the greatest military minds in history. By age 30 he had forged one of the largest empires the ancient world had ever seen, founded 20 cities that bore his name, and was just in general a pretty great guy.
He also had a problem with beards.

He issued a decree to his troops that no man serving should wear a beard.
Back then the only shaving tool was called a 'novacila', which was essentially a sharpened brick of  iron, they had to scrape these across their faces without so much as some Dove sooting aftercare balm, that's how dedicated and loyal Alexander's troops were, he was just such a great guy.

Alexander's grudge against beards was based on health and safety, he had theory that in combat enemies could grab his men's beards, like a furry handlebar, leaving them wide open for imminent face-stabbification.
In response to the ban on beards his men grew their hair long at the back, to show that they weren't afraid of being grabbed from behind they grew battle-mullets. 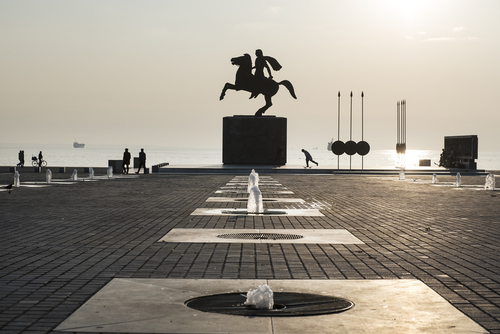 2. Ivan the Terrible got giddy around beards

Ivan the Terrible, the first Tzar of Russia, was a man who  transformed Russia from a medieval state into a gigantic continent-spanning empire. He had a justified reputation as a ruthless and harsh ruler, and he was prone to violent psychotic rages, one of which ended with him murdering his own son.

In the late 1500 Queen Elizabeth tried to open diplomatic channels with Ivan, she sent two envoys to Ivan's court in Moscow. The envoys were selected on the only grounds that mattered in medieval Russia, their mighty man manes.

One envoy in particular, Lord Kenilworth bore a beard of legendary majesty, at 5 foot 2 inches long, it was so glorious it was known to bring men to their knees with envy, and so manly that any woman who looked upon it would become spontaneously pregnant.

Like many of his country men Ivan the Terrible had a notable aversion to joy (coming from a place where the national pastimes are 'Trying not to freeze to death during the harsh winter and running away from bears' this is understandable). But when he laid his eyes on Kenilworth's godly facial hair, the grim Tzar could not contain his glee!
Captivated, the mighty Ivan childishly played with the envoy's wondrous beard, just like the old saying goes 'Even he who is often feared, loses his shit for a badass beard'... Cards on the table; that's not an old saying, I just made it up.

Edward Teach, AKA Black Beard, famed scourge of the West Indies, patron saint of rum, and Assassin's Creed NPC.
Blackbeard was instrumental in establishing the modern idea of a pirate, or at least the pre-Johnny Depp Eye-liner-and-camp-staggering pirate.
Blackbeard got his alias from his beard, which was black.
But to Blackbeard his beard was more than just a face-mounted mascot, it was a weapon of intimidation.
Before boarding a ship Blackbeard would strap bandoleers of pistols across his chest, put on a large captain's hat and tie burning fuses into his beard and hair with red ribbons. The sputtering greasy smoke from these fuses would envelop him and make him look like a devil straight from hell.
Many sailors would be so terrified they'd surrender straight away, after all, who would be mad enough to fight a man who's beard has more pyrotechnics than a Rammstein concert? 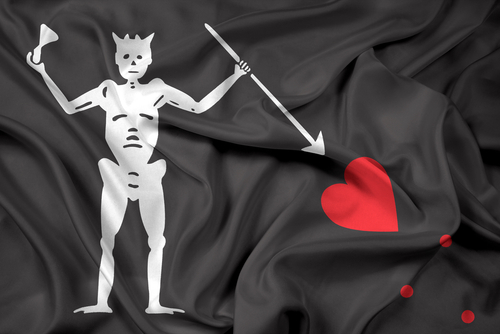 November, 1960, after the failed Bay of Pigs invasion the CIA launch operation Mongoose to remove the communist leader of Cuba, Fidel Castro, from power.
33 plans are pitched, they ranged from sabotage, to assassinations, to false flag operations.

But the most insidious schemes targeted El Castro's very beard.

One plan pitched involved sneaking thallium salts, a highly toxic metal, into his shoes, like murderous cobblers. The thallium poisoning would ultimately cause Castro's socialist scruff to fall out. Thus allowing the CIA to publicly mock him, because the best way to destabilise a regime is to use the same taunts school boys use on the little guy who hasn't hit puberty yet.

Ian Fleming, the creator of martini swilling sociopath and super spy, James Bond, got in on the hatred of all things hispanic and hirsute. Fleming masterminded a plan that hinged on convincing Castro that beards captured and held radiation, hopefully prompting him to shave his off in a fit of panic.
Fleming hypothesised that shorn of his whiskers, Fidel would lose his revolutionary mojo.
The shaky logic behind this plan can be explained by the fact that Fleming was a raging alcoholic.

Entertainment
By Tony Kelly
Opinion: You're Wrong, THIS Is Actually The Best Christmas Song Ever
131