Today was supposed to be a seminal day for College Times, a landmark moment. Today was supposed to be the day we sat down with, the highest profile interviewee College Times would've ever had, former Brexit Secretary Dominic Raab. It took numerous weeks of increasingly fraught email exchanges with his PR people and countless administrative and logistical hurdles to overcome, but eventually, a date and time for the interview was agreed, Monday 14 January, 2pm.

Unfortunately however, Raab took umbrage with an article featured on our site analysing Westlife's new video. Raab's PR people emphasised that Brian McFadden had been a personal hero of his and he resented the intimations that McFadden had been cannibalised by the other members of the band to survive. We were told that after reading it, he was too upset to proceed with the interview. Naturally devastated by the news, we decided that all our hard work and preparation should not have been in vain. So instead we have managed to secure an interview with, very much the obvious second choice to Dominic Raab, The Instagram Egg.

Now, there may be some of you out there to who this name means nothing; some of you who might think "What differentiates this egg from all the other eggs out there?" Well, a photograph of this egg has currently wracked up over 30 million likes on Instagram, beating the previous record for the highest liked post, which was held by Kylie Jenner for a post featuring her daughter Stormi Webster posted in February last year. This egg, is shit hot property!

Let’s set a world record together and get the most liked post on Instagram. Beating the current world record held by Kylie Jenner (18 million)! We got this ? #LikeTheEgg #EggSoldiers #EggGang

We managed to secure The Egg - the hottest new celebrity on the block  - for an interview. The Egg arrived at our offices today in the company of its agent, Merl Berkowicz. After a brief introduction, whereby an unfortunate misunderstanding led to The Egg nearly being cracked, leading to Mr. Berkowicz making it clear, in no uncertain terms, what would happen to who; what would be set on fire; what garden instruments would be inserted where and who's family would be endangered, if I were to accidentally crack The Egg. After 15 minutes or so of this, the interview began.

College Times: The Egg, thank you for joining us.

The Egg: *Remains perched on a velvet throne.*

College Times: To many people it would seem like you're an overnight success, but that's far from the case. The reality is you've spent years honing your craft.

The Egg: *Continues to remain perched on a velvet throne.* 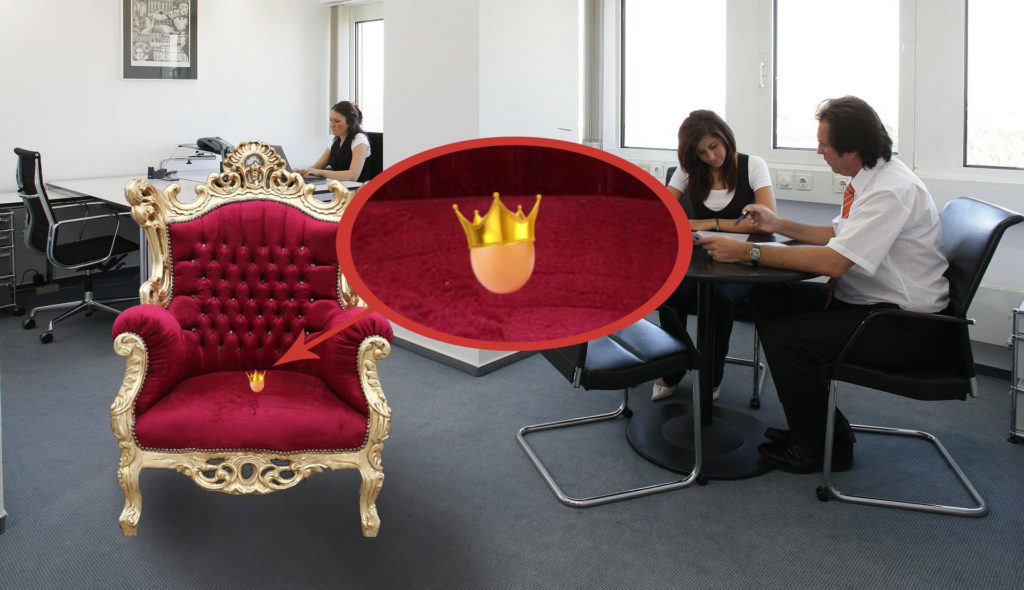 The Egg in our offices, perched on the throne it is now carried around upon.

College Times: That said, your ascent to stardom has been rapid. How are you coping with the sudden attention, and do you have a secret so that you don't -

Merl Berkowicz: Just ask the questions you have written.

College Times: Ok, umm... Do the similarities of the post-Brexit bilateral trade agreements the UK is trying to negotiate with various EU countries to pre-existing EU trading standards not undermine the economic arguments suggested by the Leave side?

M.B.: ...Why are you asking The Egg about Brexit? Why the fuck are you doing that?

College Times: It's just... a lot of the questions I have written down here were for Dominic Raab. We were supposed to be interviewing him instead but he pulled out... I panicked.

M.B.: Right we're leaving. *Picks up the throne on which The Egg perches.*

M.B.: *Spits into my mug of coffee before departing the building with The Egg.*

Also Read: Westlife's New Music Video Is A Confusing Hot Mess That Needs To Be Discussed