What's On: Here Are 7 Brilliant Things To Do Around Ireland This Weekend

The weather may have gotten noticeably chillier but that's no reason to hibernate indoors this weekend. We've tracked down some of the best stuff going on around Ireland if you're out and about.

It's party time, it's party time...Saturday night! Fans of 90s music rejoice! Head to Dinn Rí Hotel on November 11 because the excellent tribute band will play all the dance, r'n'b and pop classics from the golden era of music. Gig kicks off at 11pm.

Round up your single mates and head to McGowans in Phibsborough on Friday November 10! Billed as Dublin's best singles night, it's sure to be a bit of craic. Kicks off at 10pm - don't forget to bring your best wing man/woman!

Bop away to all of the 80s and 90s timeless classics on Sunday, November 12. For anyone who's interested, it starts at 10:30pm.

Running until January, there's a bit of time to catch this night-time event but it looks like a must do so we had to include it! Bring your family friends or your other half to this extravaganza which is wildlife inspired and features 'giant colourful lanterns and illuminated sculptures.' Runs from 5pm-9pm. 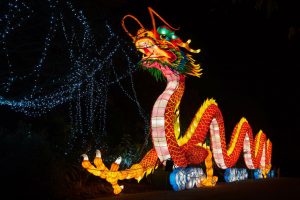 If you're knocking around Rosslare the weekend, why not check out this comedy duo? They will be performing famous songs, doing comedy skits and there'll be dancing after for anyone who's up for it. The gig is on at Danby Lodge Hotel on Friday November 10 and starts at 8pm.

Another gig on this list that will bring you back to the 90s era, Negative Creeps will be performing all the best tracks from the iconic band in Monroe's on Friday, November 10 at 9.30pm.

Putting a very different spin on the term 'lock in,' this is for chocolate lovers only! The Hazel Mountain Chocolate store in Galway are offering people the chance to go behind the scenes and 'taste your way through the complexities of chocolate'. Tasters include a hot chocolate cocktail and a Cacao champagne on arrival. It's happening on Friday November 10 at 7pm.

Entertainment
By Niamh Burke
What's On: Here Are 7 Brilliant Things To Do In Ireland This Weekend

What to do events guide