Spoilers are ahead, so if you haven't seen the Shawshank Redemption before and don't want it ruined on you, you have been warned!

OK, now that that's out of the way let's get into it.

So, at the end of Shawshank we get our twist. Andy Dufresne, played by Tim Robbins, is not in his cell when the Warden and Guards search his cell one morning. The Warden, in a bit of a hissy fit begins to toss chess pieces which Andy has carved by hand at the guards as they stand looking at him with no answers as to how a prisoner has just disappeared. In one last fit of anger the Warden launches a chess piece at a poster of Rita Hayworth which hangs on Andy's cell wall. 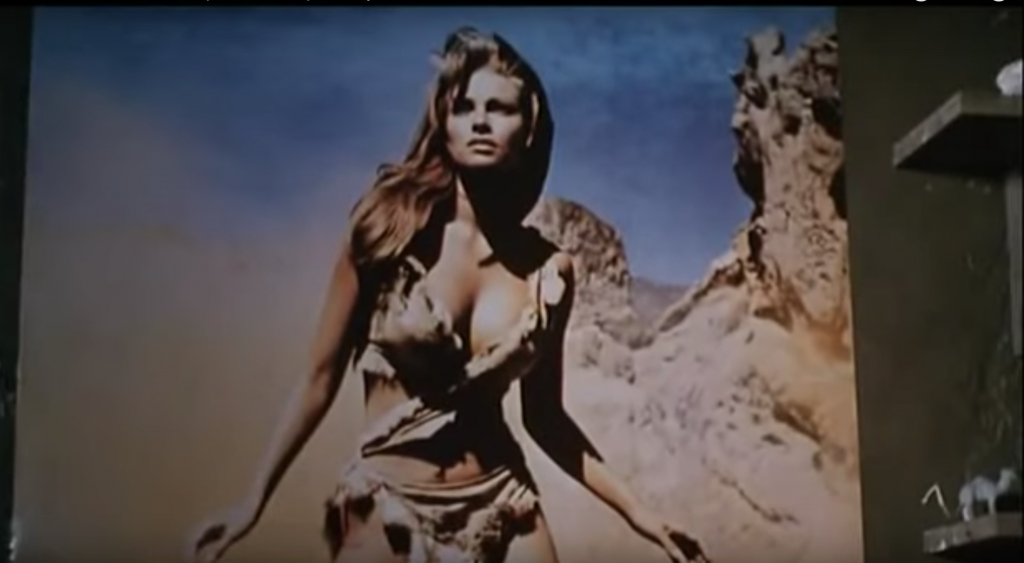 Of course as we all know the chess piece breaks through the poster and we hear the stone hitting the floor after a couple of seconds. The Warden they rips the poster off of the wall to reveal a hole that has been dug through the wall to allow Andy to escape the prison in one of the best "cheer out loud" moments in movie history. I watched it again, for at least the 50th time over Christmas and I still cheered.

No matter how many times I've seen this film I still get that fuzzy feeling in my stomach every time I see that Warden's face in that shot through the escape hole as he realises what has happened.

How the hell did Andy get the poster back up on the wall?

Seriously. The man has apparently been chipping away at this escape route for over 20 years with a rock hammer and covering it with a Rita Hayworth poster to avoid detection, it's a genius twist. But are we supposed to believe that he took down the poster, tied all his belongings in a sack to his leg, climbed through the hole and then somehow reattached the poster perfectly to the wall to avoid detection the next morning?

Na, I'm not having that. I'll buy into the whole "drilling through a wall with a rock hammer for 20 odd years", I'll play along with the convenience of a massive thunderstorm on the night he escapes that creates thunder so loud that it hides the noise of him slamming through pipes, I'll even suffer the horrible claustrophobic feeling that I get looking at Andy crawling through the shit filled pipe he has to go through to escape.

But reattaching a poster perfectly to a wall from inside a little hole in a wall? Not even for the greatest film ever made, which this quite possibly is!

Entertainment
By CollegeTimes Staff
Quiz: Can You Complete This Insane Movie Numbers Quiz?
Entertainment
By Rory McNab
The Three Films On TV That You Need To Watch Today!
Entertainment
By Tony Kelly
The 6 Best Alternative Christmas Movies To Shake Things Up This Year
Previous Next