Something, I can’t quite put my finger on what, inspired me to research hangover cures.
This epiphany came to me the morning after my college reunion drinks, when, for some strange reason, I lay sprawled dry mouthed and nauseous in a pit of despair all day. It’s as if something terrible entered my body and left nothing but regret, a headache and a yearning for greasy food in its wake.

Hedonistic excess was pretty much Rome’s ‘thing’. The Roman Empire’s last days were so debauched that the civilisation’s collective hangover was called ‘The dark ages’. After a night of wanton debauchery a Roman could expect to be left with a headache that would make crucifixion look like a casual hang out.

They were also nailed to doors to ward off dark spirits.

If you have to down a pair of raw owl ovum, you’d want to be sure it was worth it, right? Eggs have plenty of protein which is broken down into amino acids which will help you recover a lot quicker, so technically, it would work.
The real question is; could anybody stomach downing a slimy glass of owl egg? 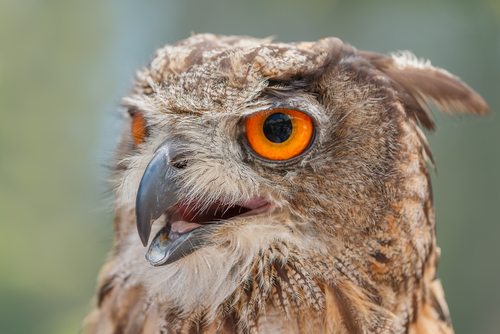 Hard drinking isn’t the first thing that comes to mind when you think of the ancient Egyptians. Pyramids, jackal-headed gods, and cheesy Brendan Fraser movies, sure, but certainly not binge drinking. Alcohol was actually a very important part of Egyptian culture, they believed that beer was invented by Osiris, the god of the dead. Alcohol was even in their tombs for use in the afterlife. ‘One for the road’.

Boiled cabbage… And vinegar. There’s no words for this, it sounds nightmarish; a greasy mass of noxious green mulch that would smell like a salty cow pat.
Does it work?

Cabbage is thought to clear the body of toxic alcohol byproducts, but that’s not a proven fact.
The addition of vinegar is just masochistic, maybe the idea behind this cure was to put something even more toxic than alcohol into your system to help take your mind off the hangover?

Being a Victorian chimney sweep, with all the scrambling around grime choked nooks, the black lung, and something called ‘Chimney sweep’s scrotum’ was an occupation somewhat low on job satisfaction. Naturally, when they had the chance to blow off steam, they liked to get chim chininey cock-eyed.

The cure
A common hangover cure for the sweeps was to mix some soot in with a glass of warm milk. I suppose it’s an occupational perk that they’d have access to more than enough soot. But, it’s burnt shit they’d scrape off a flue, it would taste like the inside of a cremation chamber.

Soot is a lot like charcoal, which is used to treat alcohol poisoning by absorbing the excess alcohol. But clinical tests prove that all charcoal is really good for is moody still-life drawings. So all the soot-shake would really do is make the chimney sweeps regret taking the cure as much as the drink that caused the hangover in the first place. 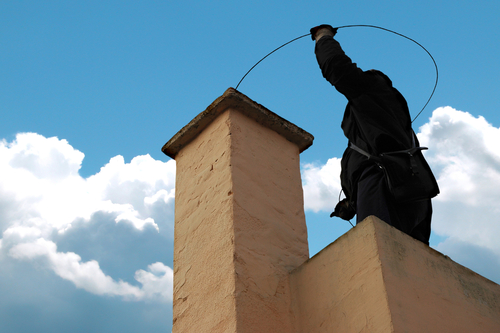 4. An ancient Irish hangover cure was to bury someone neck deep in sand

The ancient Irish were as renown for binge drinking as we are today. However, their drink of choice was actually milk, not in a ‘Big Lebowski white russian’ way, but in a ‘Them bones, them bones, need calcium’ plain old milk way. Of course, eventually whiskey superseded dairy as the celtic tipple of choice. With the advent of poitin the Irish faced the true wrath of hangovers.

The cure
Back in the day the only way to treat symptoms of the morning after, was to drag yourself out of bed, lurch down to the rivers edge… And have yourself buried up to the neck in damp sand… Maybe this is what shame stricken revelers mean when they wish the earth would open up and swallow them?

Does it work?
Arguably, pulling this reverse ostrich trick could work something like a cold shower. Other than the fact that there is no conceivable way that sprawling out under a heap of cold, damp sand would do anything other than make you look like a moaning,  misplaced head.

Life
By Joe O'Gorman
Did You Know? Wexford Had Its Own Language Called Yola
Life
By Rory McNab
Quiz: How Well Do You Remember Your Junior Cert History Exam?
Life
By Ian Smith
What Your College Course Says About You
Previous Next

Life
By Joe O'Gorman
Did You Know? Wexford Had Its Own Language Called Yola
Life
By Rory McNab
Quiz: How Well Do You Remember Your Junior Cert History Exam?
Life
By Ian Smith
What Your College Course Says About You
Trending Now
Uncategorized
By Kenneth Fox
Signs That You're A Complete Asshole
Life 101
By CollegeTimes Staff
31 Easy Ways To Annoy Your Boyfriend...
43