Our twenties are great aren't they? We're young, time is a luxury and a world of opportunities - travel, career, marriage and children - lay before us.

Look beyond the holidays, expensive brunches and obsession with social media though and you'll find inner turmoil often goes hand in hand with young adulthood.

People are grappling with anxiety, uncertainty and depression - feeling trapped and unaccomplished. Otherwise known as the quarter-life crisis.

According to Dr. Oliver Robinson of the University of Greenwich, this can happen any time between 25 & 35 years of age and typically lasts around two years.

Do you randomly have a quarter life crisis like damn I'm in my peak years but I'm also part of a generation that's depressed, already drowning in debt and unable to afford a home because same pic.twitter.com/bfkt8HdlMo

Kieran* (28) from Cork says he experienced his first quarter-life crisis five years ago and ended up moving to Australia as a result.

He was working in retail (he didn't like it all that much), and saw no signs of getting a job related to his Business degree. "I started thinking, what the hell am I doing with my life?"

So after spending two years abroad, Kieran arrived home with a plan of action.

He made the move to Dublin - "I thought I might as well try and get a good job and experience a new city" and after the initial excitement at seeing family and friends, the "feeling soon wore off." So now here he is - in his second quarter-life crisis. He shared his story with us.

'I realised I was back to square one, stuck in a rut again, just in a different place this time.

After two years of working in a bar and going on interviews, for jobs I wasn't sure i even wanted, it hit me again - what am I doing with my life? Only this time I was really feeling the panic.

The majority of my friends were getting into relationships and had good jobs, while I was there feeling...lost.

That I was just drifting through life with nothing changing. I was getting up and going into a job I didn't particularly like anymore and time was just getting away from me. 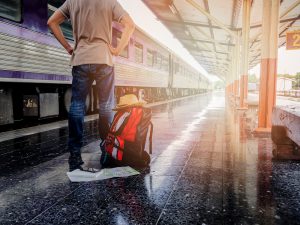 Travelling again was always in the back of mind so I thought, you know what? If I'm going to be drifting through life I might as well see a bit of the world while I'm at it. Fast forward a few months and here I am in Amsterdam!

I've no plan as such - I don't know how long I'll stay or how it's going to pan out - but I feel like I don't have anything to lose by being here.

Of course, I miss friends and family but I don't think that's enough of a reason for someone to stay at home especially if they're not happy.

What do I worry most about? That I might wake up one day and regret not trying to live my life the way I wanted just because society kind of says we should live it in a certain way: Leave college, get the career, save money, find a partner, build a house, have kids. 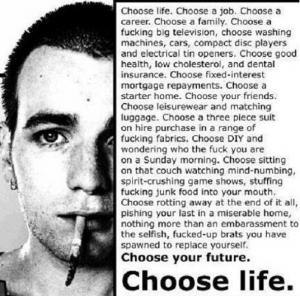 Of course all that would be great at some point but I'm not willing to put off what I really enjoy while I'm still relatively young, just to ensure all of that.

If the big house makes a person happy then by all mean, I think they should go for it. At the end of the day, everyone should do what makes them happy.

Meeting new people and seeing new things seems to make me happy. I have no idea how long that feeling will last but who knows...once it's gone I might just get up and go and start again somewhere else.'

The pressure is on 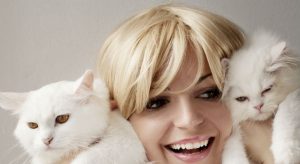 Millennials (broadly speaking, those born between 1980 and 1994) have been labelled as a lazy, screen obsessed, self-entitled generation. We don't know how good we have it basically.

Maria, who is single and from Dublin, strongly disagrees and believes we face more pressures compared to the generation before us. She tells us why.

My dream of having my own apartment like Carrie Bradshaw will have to stay a dream!

'There is definitely more pressure nowadays, especially if you are educated because there's more competition. It's dog eat dog out there. It's near impossible for us to get a mortgage loan whereas in the past it wasn't.

Life was simpler back then - you worked hard and you bought a house. Now graduates can't even get jobs and the cost of living is ridiculous.

There was a time where a single guy or girl could be working full time and buy their own little apartment or house. That's basically unheard of nowadays.

The majority of 30 somethings I know are either still at home, or paying extortionate rent somewhere. I think that if I wanted to buy my house or even rent, I'd need to be in a relationship. NOW THAT'S PRESSURE. 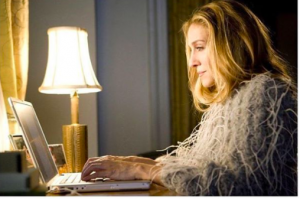 My dream of having my own apartment like Carrie Bradshaw will have to stay a dream I suppose!

Also here's the question we (30-something women) are always asked: 'Do you want kids, will you have children?' And it's like, we have to decide now because time's ticking.

I don't know, I can hardly look after myself, never mind a baby. And where exactly will I live? I can't afford a house.'

Life
By CollegeTimes Video
90 Seconds With Georgia Salpa
Life
By Damien Slater
15 Ways NOT To Get Hired In A Job Interview
Life
By Ian Smith
Job Interview: What Their Questions Actually Mean...
Previous Next

Life
By CollegeTimes Video
90 Seconds With Georgia Salpa
Life
By Damien Slater
15 Ways NOT To Get Hired In A Job Interview
Life
By Ian Smith
Job Interview: What Their Questions Actually Mean...
Trending Now
News
By Garret Farrell
Here's Why A Group Of Maynooth Students Are Protesting Tomorrow
Life
By Sandra Carty
How to Procrastinate Like A Pro
30