On May 25th Ireland will vote on whether to repeal the Eighth Amendment, a section of the constitution that equates the life of the unborn to that of the mother. The Amendment has been a thorn in the side of women's reproductive health since its introduction in 1983 and has resulted in the deaths of women such as Savita Halappanavar.

As it stands women can undergo an abortion but only if her life is at risk which means a woman has to be suicidal or for the pregnancy to be a direct threat to her life. For women who cannot access abortion in Ireland and cannot afford to travel, many are resorting to buying abortion pills online, which aside from being risky as they may not be medically safe, there also remains the archaic threat of being punished with a 14-year prison sentence if convicted of using them.

One side of the campaign that has been contested, brushed aside and, in some cases mocked, is the impact the restrictions imposed by the Eighth Amendment can have on a woman's mental health and well being. Aoife Gray, a UCD student and auditor for the society UCD For Choice could face life-threatening situations if she were to fall pregnant:

I'm a disabled woman. I have Generalised Anxiety Disorder and depression. I have been on medication for almost five years and the 8th effects me even more because of all this. If I were to fall pregnant, I may have to stop my meds because it could cause birth defects. This would be chaotic, causing intense anxiety, paralyzing panic attacks, and depression so severe that I could revert back to a suicidal state.
If I decided to have an abortion, I would struggle to go abroad not only because I'm from a working class family, but because my mental illnesses/disabilities can be crippling. I cannot imagine getting on a plane on my own to a new country to go through such an ordeal, then to come back, all with no support.
If I could not afford to have an abortion, I would be concerned for the child I would be forced to give birth to. Due to depression and GAD, I have a high risk of getting post natal depression. I would worry about the safety of said child due to the severity of my mental health without meds. 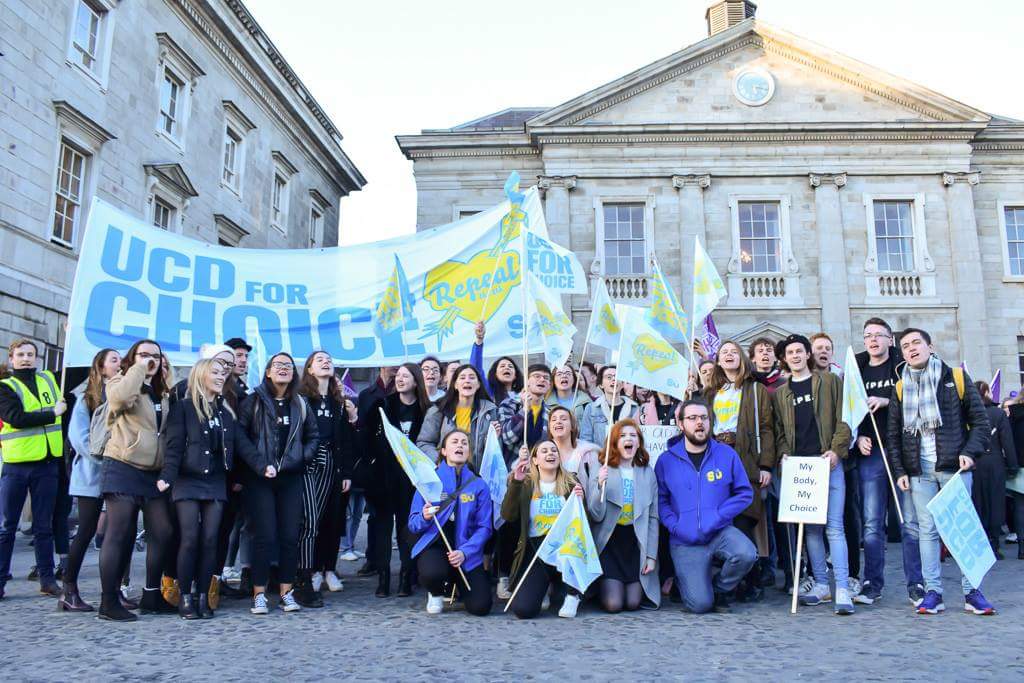 Photography by Sadhbh O'Flaherty
Aoife, who was a pro-life supporter as a teenager, was inspired to share her story about her mental illness when she realised the difficulties she'd experience if faced with a crisis pregnancy.

I think when people think of pregnancies in this debate, they think of a white, cis, straight, abled, middle to upper class, consenting pregnancies, which isn't always the case. People are diverse and every pregnancy brings its own challenges.

Doctors have not made Aoife aware of how her mental and physical health would react to an unexpected pregnancy. Aoife was advised that the pill would be 100% effective and should not interfere with her medication. Aoife discovered the information and facts through her own research and experiencing her disorders. In every 100 women who take the pill, one woman will fall pregnant which means the pill is not always effective. If Aoife was to fall pregnant she would have to show suicidal ideations in order to have an abortion in Ireland which, understanding mental health, is treacherous.
Over 12,000 suicides are attempted annually in Ireland. Women are more likely to self-harm and Ireland's male suicide rates are some of the highest in the world. All anyone has to do is watch a recent television debate or read the comments section on any Eighth article to see the misunderstanding, stigma and demonizing comments about mental health. Aoife is no stranger to experiencing this offline:

(Mental health) has been demonized, and it's heartbreaking. It's extremely frustrating and dehumanising. As someone who has struggled so much with their mental health, depression, anxiety, suicidal ideation, it's like a slap in the face to see people talk about mental health so flippantly. I organised an event in UCD, where I and others with disabilities discussed how the 8th impacts us, and we were equated to Nazis by the no side.  It takes a lot of bravery for people to come out with their issues, and I'm concerned that such horrific belittling of mental health by the no side will negatively affect a lot of people, as well as furthering the shame and stigma surrounding mental health already in the country. 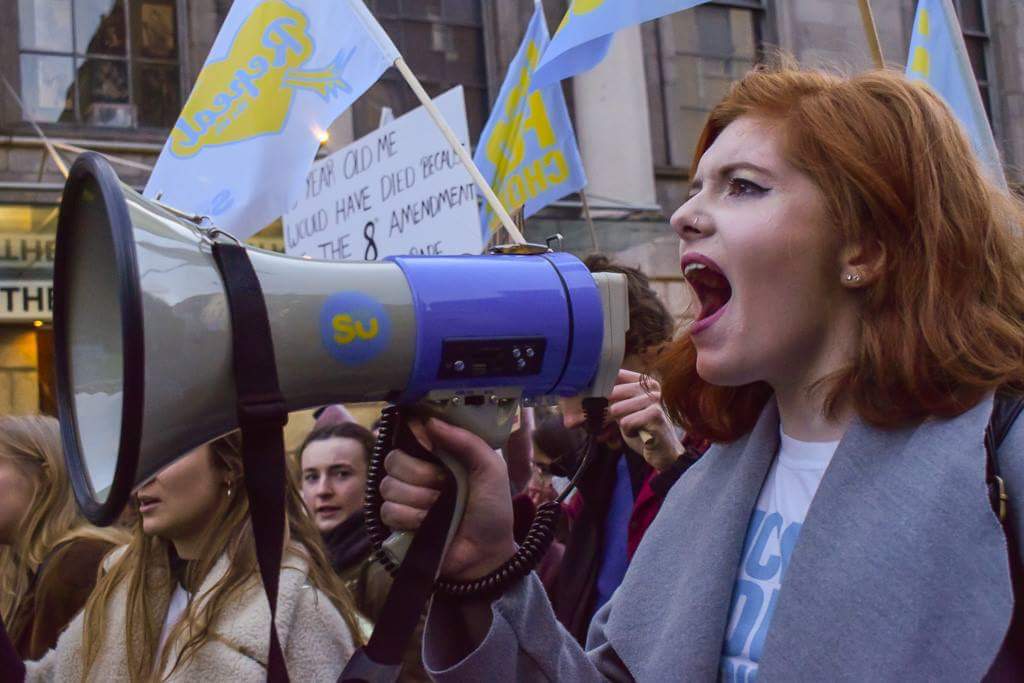 Photography by Sadhbh O'Flaherty
Aoife, like lots of people currently campaigning to remove the Eighth, will be devastated by a No vote. For Aoife and many women struggling with their mental health, it won't just mean not being able to access basic healthcare it will mean their lives will automatically be at risk if they fall pregnant and their experiences, fears, and concerns aren't valid:

If it doesn't pass, I will be devastated, but more so I will be terrified. It will be horrifying to live in a country where the majority don't believe women and those with the capacity to become pregnant should have a right to decide what happens to their bodies. I will be scared for people like me, with disabilities, and I will be scared for other people, like those in direct provision (shelters for asylum seekers who don't have refugee status and cannot travel) and those who won't be able to travel for healthcare in the future.

Aoife's story makes it clear - life is not black and white. Experiences and situations are nuanced.

I was raised pro life, but as I got older, I saw that life just isn't as simple as the no side would have you believe. No one wants to have an abortion. It is not a goal in life. People have the right to make a very difficult decision in their own country. Abortions happen all the time, whether at home with pills, or because people are shipped abroad. Voting no will help absolutely no one. Voting yes is a vote of compassion. It recognises that not all pregnancies are consenting. It recognises and supports people like me with mental disabilities and illness, and others, such as people in direct provision, who have no right to travel and cannot access abortion if they need it. Voting yes will save people, and give them dignity.

Life
By CollegeTimes Staff
We Found Alive-O's Youtube Channel And Are Now In A Nostalgia Coma
Life
By Sean Meehan
The 2006 Spotify Playlist That Will Give You Life At A Gaff Sesh
Life
By CollegeTimes Staff
14 Problems Only Irish People Abroad Will Understand
Trending Now
Entertainment
By Tony Kelly
Opinion: You're Wrong, THIS Is Actually The Best Christmas Song Ever
Entertainment
By Kate Breslin
14 Things You Probably Didn't Know About The Wolf Of Wall Street
Travel
By Dafe Orugbo
Bucket List: 20 Things You Need To Do Before You Turn 20
41