It's Good Friday and you know what that means: no alcohol and no meat. Hands up who's obeyed those cardinal rules? Not I, who had a chicken fillet roll for lunch without thinking. Anywho, there's been a photo doing the rounds today that answers the question 'what is Good Friday like in Ireland?' for anyone who was wondering.

As you are probably more than aware, some supermarkets cover up their alcohol selection with black bin bags because not only can you not buy liquor on Good Friday, you also can't damn well look at it: 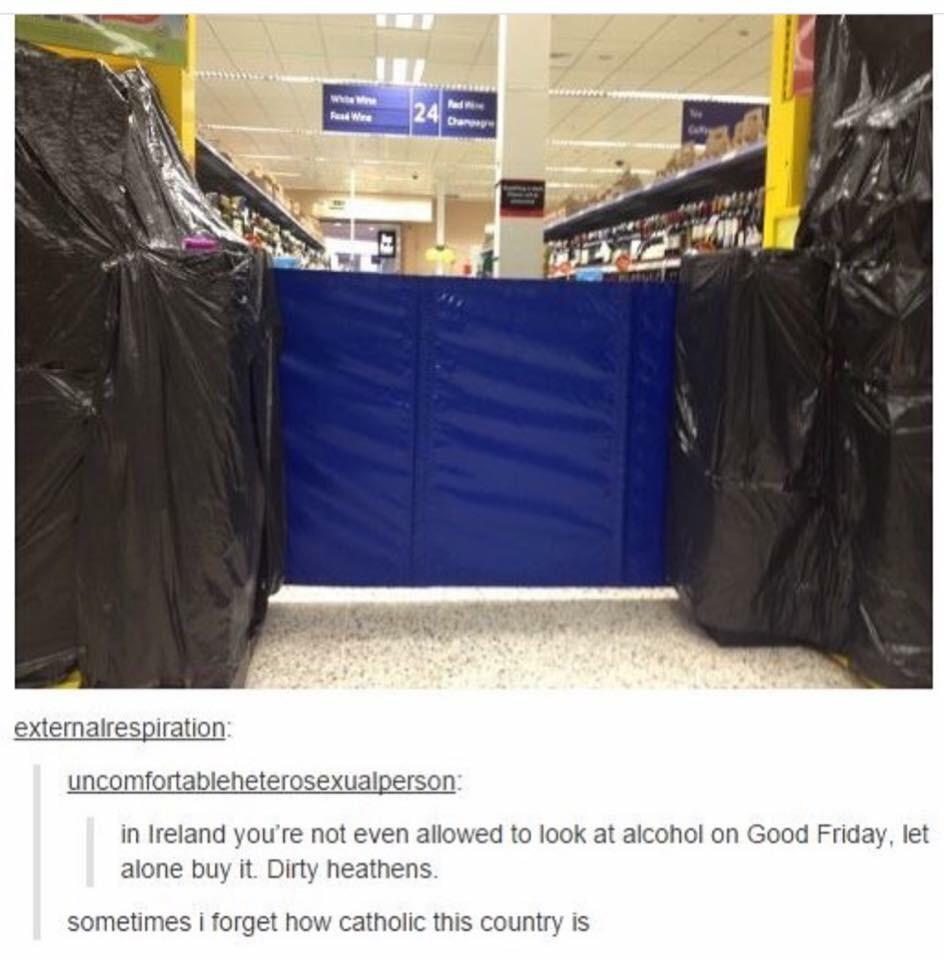 Most had a laugh about it and some argued about the role of Catholic laws like this one in modern Ireland, while another pointed out why covering alcohol is necessary:

"The point is they can't sell it. So they've probably just decided to cover it up to avoid confusion rather than restock a whole aisle for a day or two. Ireland is pretty straight edge at times, but this is just time-saving, not religious", said ICantSpellAlpaca.

Ah sure look, we just want an excuse to have a laugh at the strange things we do.