The chicken fillet roll, a staple of the Irish diet since the turn of the century. A cultural touchstone that holds a place in any true Irishman's heart. A symbol of Ireland. Well not according to one Florida man who took to twitter to claim the meal as American.

@FlightSquadRG_ tweeted a pic of a roll with the caption 'If you frm Florida you already know wtf goinn on'.

If you from Florida you already know wtf goinn on pic.twitter.com/GjeCo2lOE2 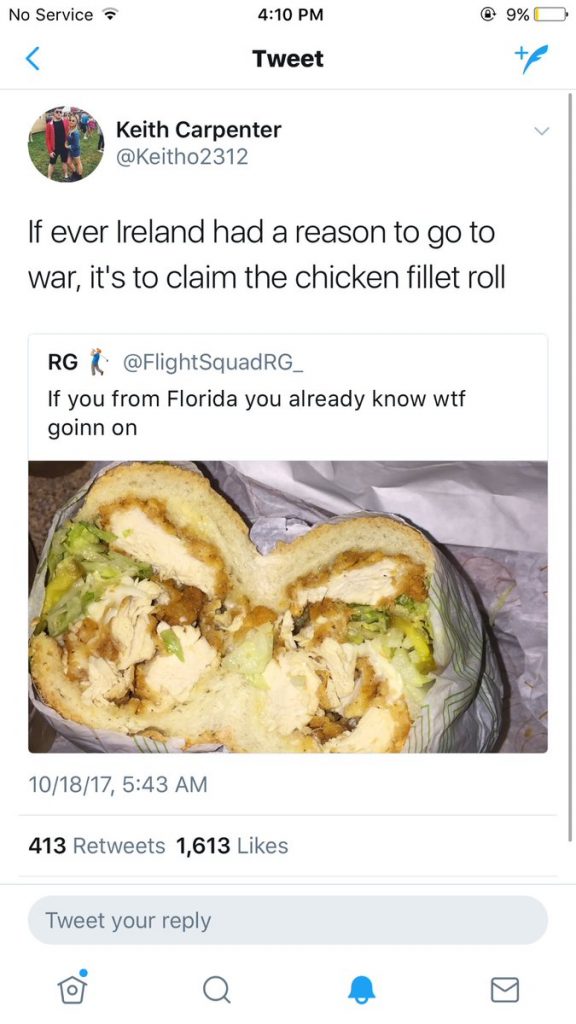 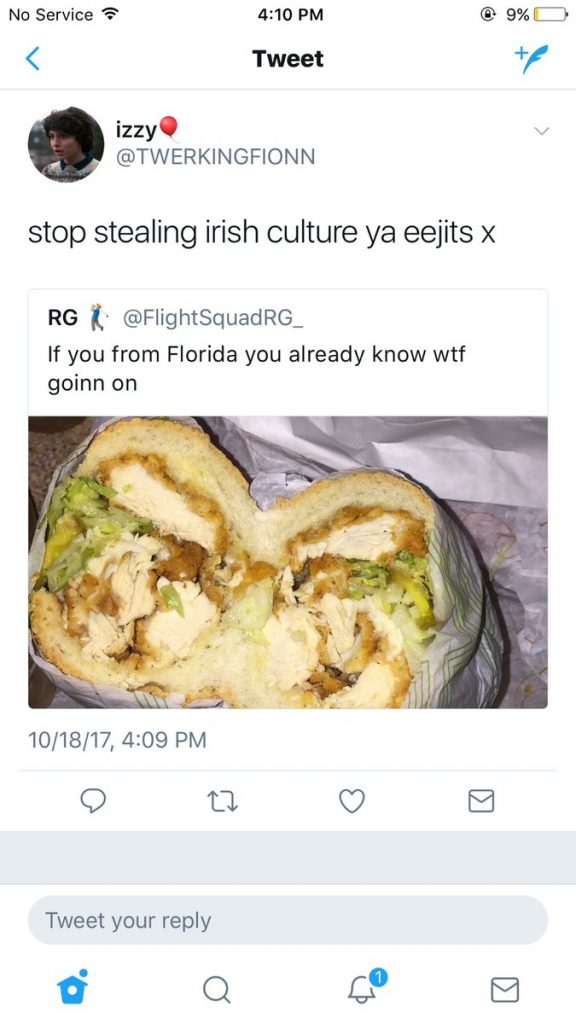 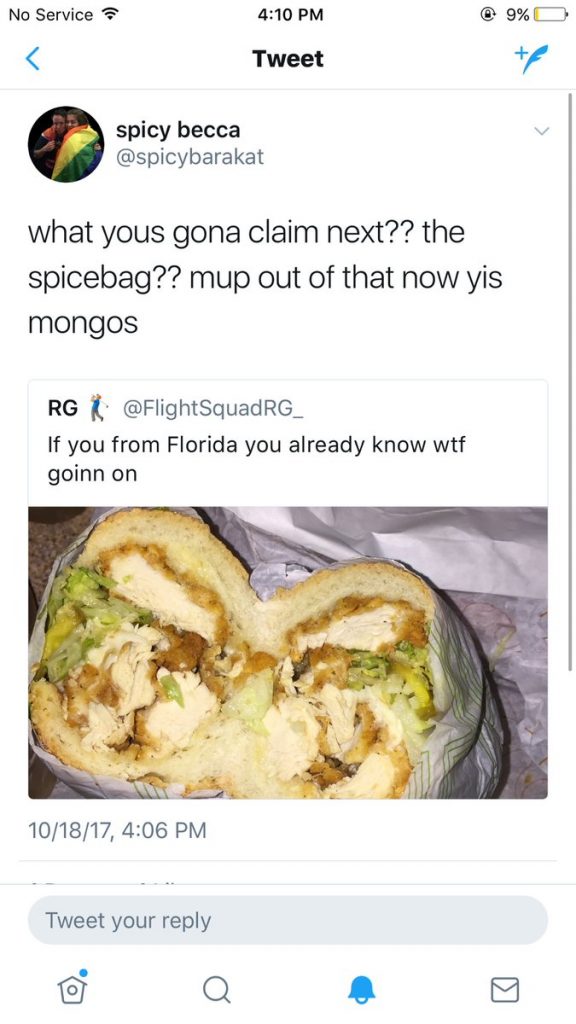 The much esteemed Chicken Fillet Roll Review also weighed in on the controversy:

Lil Chicken Tender has since tweeted his confusion about the whole affair:

You can take out leprechauns, our drinking culture, hell, even our six counties. But please, for the love of Christ, leave the humble chicken fillet roll alone.