Rules and regulations are meant to be broken right? Well, this Reddit user compiled a list of laws we break on the regular and it's not only gas but crazy accurate. Here's just some of the ways we keep forgetting Irish laws: 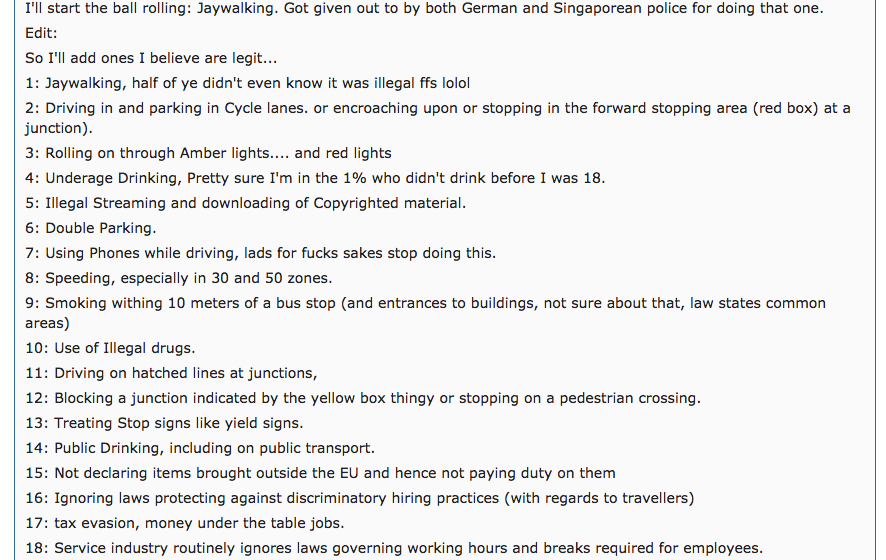 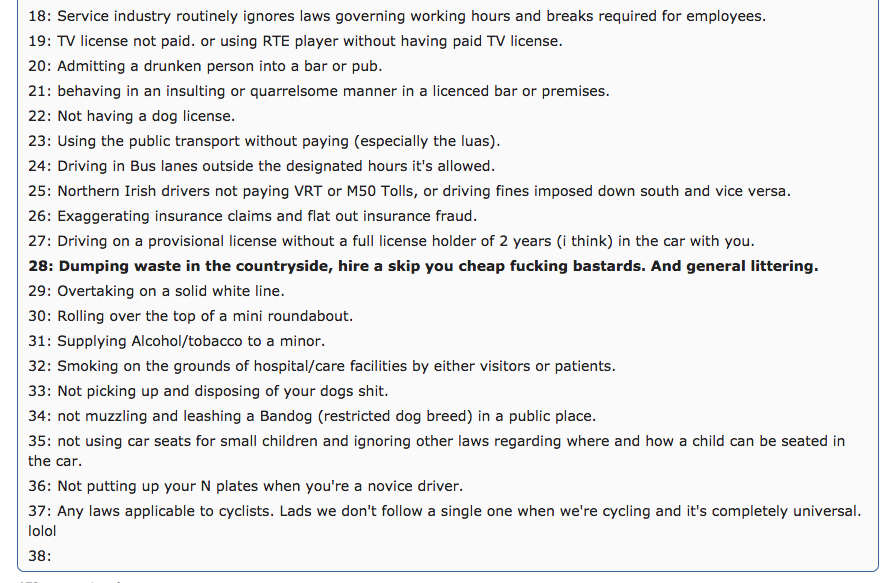 Here's our opinion on some of the "rules" from the list:

Underage Drinking, Pretty sure I'm in the 1% who didn't drink before I was 18.

- It's a right of passage hun! It makes us all a lot more capable and less messy on nights out.

- People who Snapchat whilst they drive should be removed from planet Earth.

Not having a dog license.

- Why is this even relevant? Dogs need homes not licenses. Stop with this madness!

Overtaking on a solid white line.

Side law: It use to be illegal in Ireland to swear on Sundays until as recently as 2014... Not even joking.

Also Read: The 11 Things You'll Recognise If You Went To A Small School In Ireland