Call your mammy and root through your drawers because your iPod Nano or iPod Shuffle is set to be worth a lot more soon enough.

The Nano and the Shuffle were released 12 years ago and although they were not the most popular of the iPod range, they certainly were some of the most ground-breaking portable audio devices of their time.

The Nano was released as a compact version of the Classic. The downside was that to scale down in size, Apple also had to scale down in memory. The first Nanos offered minuscule storage options like 1GB, 2GB or 4GB.

A 1GB Nano held something along the lines of 125 songs - that's not a whole lot of bangers to pump it in the gym to. In 2010, the Nano switched to touchscreen, keeping the product in line with the rest of the range. 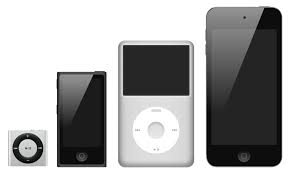 If the Nano was tiny in more ways than one, the Shuffle was like an iPod for ants. The first Shuffle was available in 512MB and 1GB storage options. Although it was small, it was mighty - in a couple of months, 58% of people buying flash-based MP3 players were opting for the Shuffle.

Nowadays, actual iPods are few and far between, with people choosing to use their iPhones, Androids and Windows phones as their main mode of listening to music.

Apple has announced that the iPod Nano and the Shuffle ranges are finito, kaput, fin - over. They will not be releasing any new Nanos or Shuffles ever again.

This means that the Nano you got for Christmas however long ago could sell for more than you dreamed of.

Listings on Ebay show first generation 1GB Nanos on sale for €174.06. Sure, that's a hostel mini-break in Europe!

However, if you have a first generation iPod Shuffle in its original packaging, you could be making €193.61. Granted, this listing includes a dock but maybe you have an unboxed dock too. We don't know your life.

Prices are set to soar within the next year for the products, so keep an eye on Ebay and you could be coming into next year's holiday money!

Also Read: The Meteor Mobile Network Will No Longer Exist From September