Ted Cruz is in a spot of bother as it appears he has liked a pornographic video on his twitter account. The video has since been 'unliked' but the damage has already been done as the politician has quickly become the laughing stock 0f the internet. 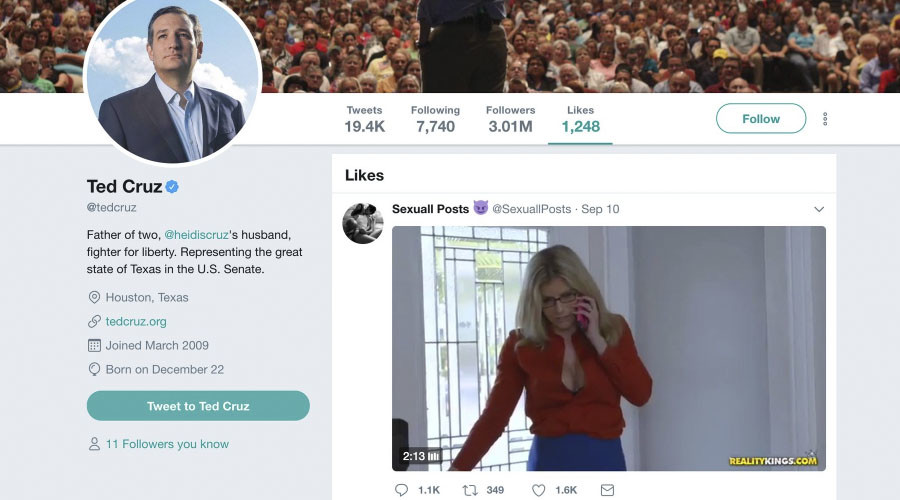 The video was quickly unliked by the account but that hasn't stopped the Internet from ripping the piss out of the former presidential candidate.

Me waiting for Ted Cruz to respond to this drama pic.twitter.com/Iy4BBHpyY6

It's even more beautiful as a haiku.

Also Read: Also: 11 Things You Will Relate To After A Break Up