7 Almost Unbelievable Things About Trinity That Are All True

The Provost, Fellows and Scholars of the College of the Holy and Undivided Trinity of Queen Elizabeth near Dublin... it's a pretty simple name for a college with a pretty simple history right? Duels, gunshots and ghosts come as standard. Welcome to Trinity, a bastion of tradition (and general wankery). You can't play the game since 1592 without making a few enemies.

Here are 7 things about Trinity that seem made up but actually true. 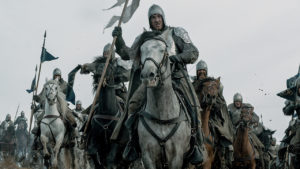 I did not BELIEVE this until my friend inadvertently got an invite to one of their parties. Apparently ‘The Knights’ are made up of every captain of every reputable sports team in Trinity. They have their own initiation ceremony and are reportedly scandalous. I heard this year, they are even letting women in. They have a website and everything but every couple of year they deny their existence. 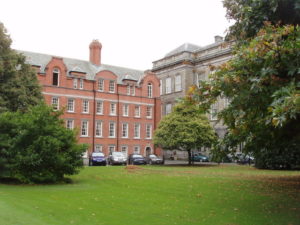 The oldest building in Trinity is actually not front square. It’s the Rubrics, a red brick building behind the campanile associated with the murder of Fellow Edward Ford by a group of disgruntled undergrads. Dressed in white, drunken students attacked a porter before throwing rocks at Ford’s window. While Ford prepared to fire, he ended up being shot himself. The students associated were expelled but never tried in court due to their white disguise. Ironically, Ford was also warned that students might have access to guns that day. The room is now subsequently boarded up from the outside and it is widely circulated that the ghost of Edward Ford walks Front Square. 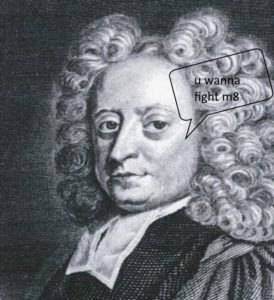 The Kelly Riot took place in 1747 is one of the most ridiculously true stories ever. A lecturer told us the story in first year and up until the other day I didn’t believe it. At all. It all started at The Smock Alley when, according to Edmund Burke, Edward Kelly drunkenly made a scene backstage. After insulting the actresses, Kelly eventually had the audacity to accuse Thomas Sheridan of not being a gentleman. HOLY FRICKING GASP. Riots occurred and fights broke out. The entirety of Dame Street was shut down. The debacle came to a close when Kelly was forced to admit Sheridan was a gentleman in Trinity’s Front Square. Three of Kelly’s band of brothers were also forced to apologise on their knees while being hosed down in Trinity’s Front Square.

The Snowsports Ski Trip is absolutely and unbelievably scandalous beyond belief 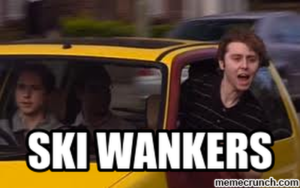 Every year, the TCD Snowsports society go on a ski trip and every single time there is utter chaos. Trinity made national news in 2011 when allegations from Swastika painting and smoking €50 notes made it beyond the papers of our limestone walls. Read The Independent’s article here it and the more scandalous college counterpart here.

There are underground tunnels 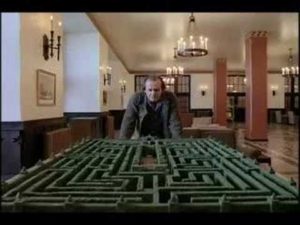 It is 100% true that TCD’s Lecky Library is linked physically to the Berkeley Library by an underground tunnel which was opened to users in the autumn of 1995. It isn’t true however that Trinity is connected to the Bank of Ireland building by a super secret tunnel, although Provost John Kearney tried his best.

Trinity and Lucasfilm have beef

In 2015, Star Wars Episode II: Attack of the Clones was accused of using the Trinity College Old Library for Jedi archive inspiration. No legal action was taken but George Lucas was made aware of our existence and that’s all that matters.

Most importantly... if you need a nap, go to the Berkeley basement and claim a sofa 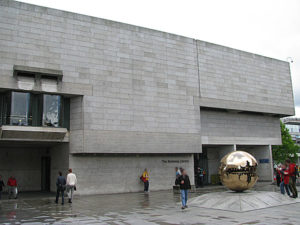 The truest fact about Trinity.