"Unfortunately, you have been bested by a man dressed as a flying carpet". This, hopefully, should be the first and only time in your life you will have that sentence levelled at you; if it isn't then you need to seriously reassess some of your life decisions.

As was reported by none other than this illustrious publication, everybody's favourite Dublin based hump-pit, Copper Face Jacks, will be giving away one of their coveted gold cards each night between 27-30 October to the punter with the best costume. There will also be a €50 bar voucher given to the runner-up, no doubt to help them dull the pain of so marginally missing out on idolatry and stardom; your solace is the bottle my friend, quaff merrily, quaff deep.

Well, staunch adherents of the Gregorian calendar will be all too aware that one of those nights has drifted past and been consigned to the annals of history. "Who has claimed top spot? Who has taken home the bacon? Who has spayed the spaniel? Who-" Yes, I get it. It was this guy, mentioned at the outset of this increasingly shambolic article. 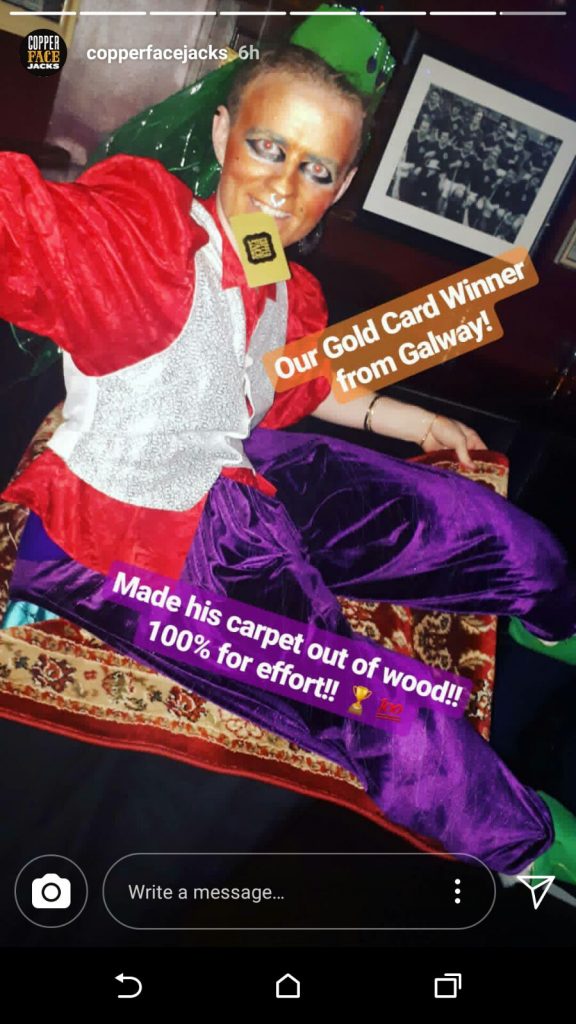 I seriously debated whether I should try unpack the massive amount of innuendo potential contained in the phrase "Made his carpet out of wood!", thought about it long and hard, but have alas decided against it.

While this image is undoubtedly the stuff of nightmares, and the psychological damage I've sustained from even briefly glancing at this will no doubt go a long way toward financing a second home for my therapist, the dedication to creating something so utterly garish is admirable, bravo.

In a close second, and winner of the €50 bar voucher, was this chap. It is as yet unclear if he was dressed up as Tormund Giantsbane from Game of Thrones or whether he was simply a local vagrant passing by who got roped into all the shenanigans. 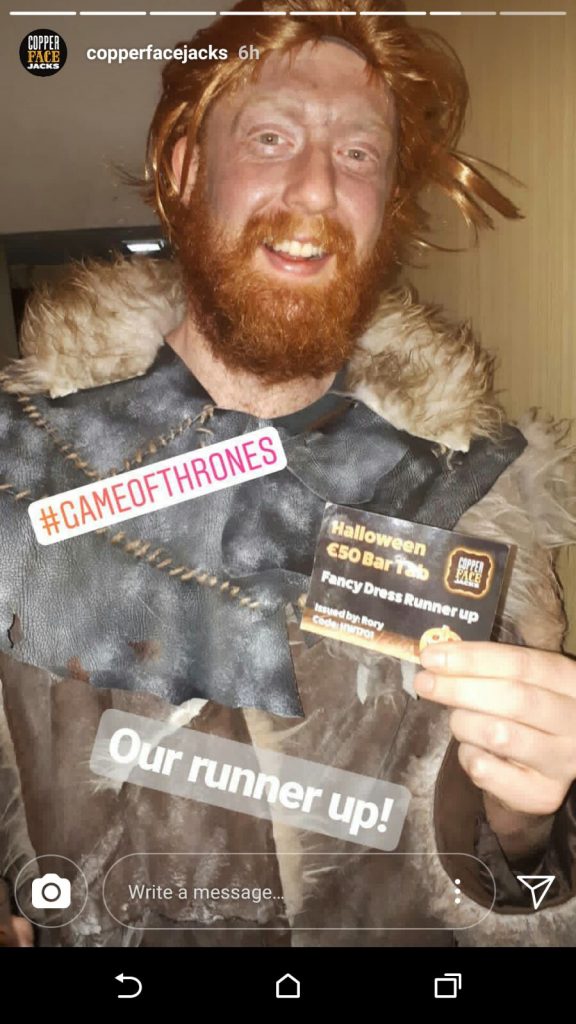 There was also the obligatory Teresa Mannion in attendance. Teresa is fast becoming the woman who has suffered from the largest spate of identity theft in modern Ireland. When she launches her inevitable lawsuit against these imposters, the earth shall tremble. 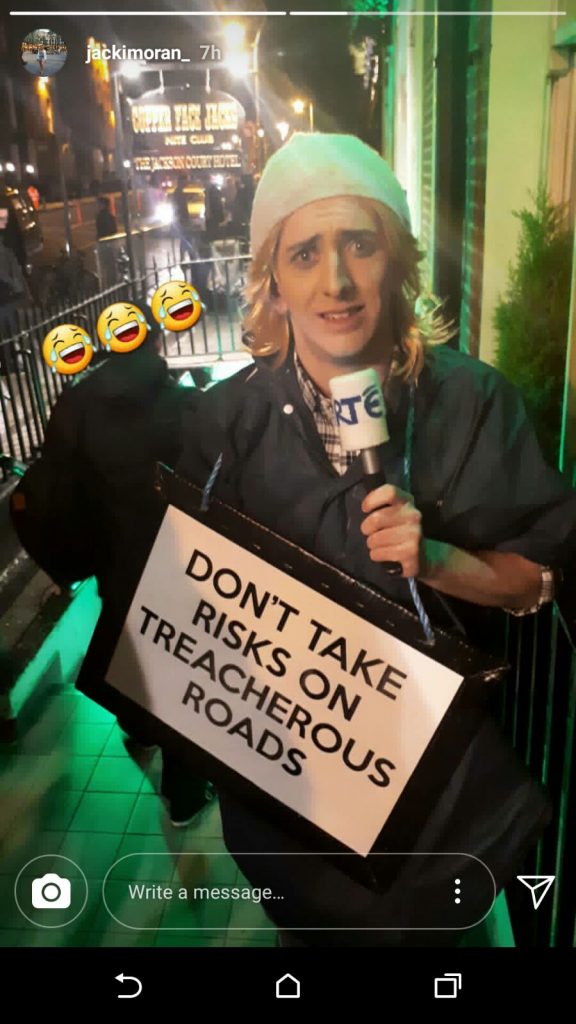 All of the costumes, especially these three were fantastic, and there's still another three nights of this giveaway bonanza to go, so get yourselves on it people!

Also Read: Coppers Are Giving Away A Gold Card For The Best Halloween Costumes Next Weekend