We all have our own insights on what could be the worst possible thing to happen to us; like, out of any of the things, what would hands down be the worst. I think for me it would be having to go hiking with Phil Neville. I don't know why, I just imagine it would be an awful experience all round. For many people though, I know if you were to replace 'Phil Neville' with 'a spider' in this scenario, then we'd be nearer the mark. People just seem to detest those veomous, hairy

I'm something of an animal lover, I'll be the first to admit it, but I find the thought of any animal using my body as a house absolutely deplorable. Call me old-fashioned. Well, that is very much the situation one Indian woman found herself in. She awoke after having a nap on her porch in Karnataka, India with a crippling headache and was rushed to hospital. Some preliminary investigation revealed that the cause of this headache was an absolute prick of a spider that had shacked up in her ear canal. 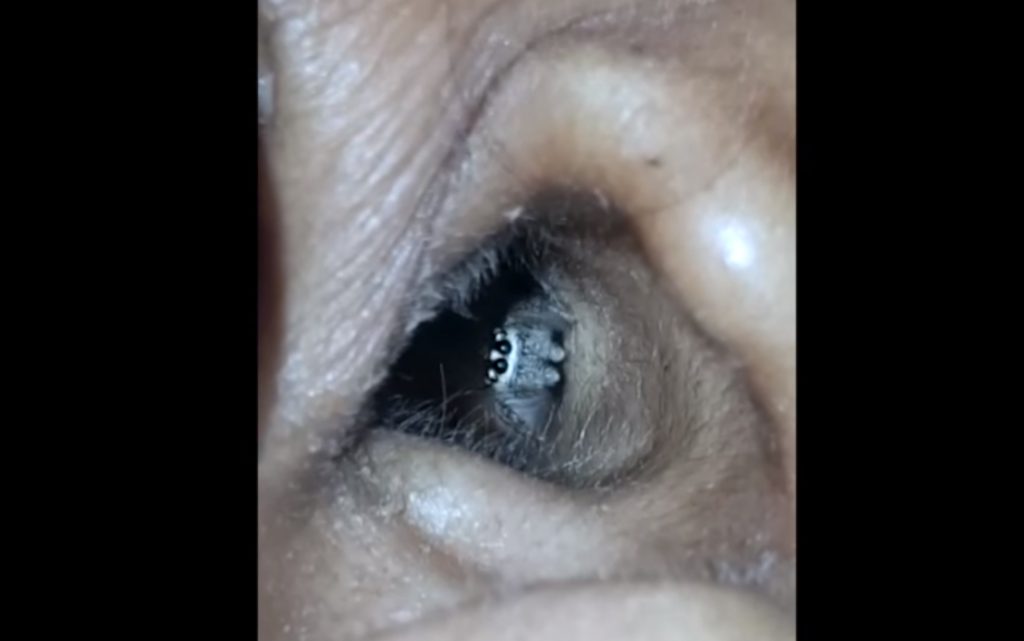 There he is. Caught in the act. You can almost see the sheepish expression in each of his eight eyes, knowing he's been rumbled, knowing that his game's up. There's gonna be no more squatting in there for you pal.

Here's the full video of this plentifully limbed chancer knockiing about in her lughole. The most astounding thing however is that he just meekly leaves as soon as he realises the game is up, it's like some heist scene in a film where the bandits know the game is up, that they're surrounded, and meekly throw up their hands before scuttling out of whatever ear they had been hiding in... I may have lost the run of that analogy someway through it.

I think if I had to rate my three worst animal/orifice housing combos, it would go: