Of late, there have been certain moments where it feels like 'the future' has finally arrived. Where the long promised dream of hoverboards, of dystopia, of the increased risk of global catastrophe through climate change seems to no longer be the stuff of a far imagined time, but has crashed into the present. Looking at this building that UCD have planned, this feels like yet more indefatigable proof that 'the future', with all its juddering benefits and colossal drawbacks is here. We are among it. The present is the past, the future is the present.

This new building, to be known as the UCD Centre for Creative Design, is set to become the centre-piece of the main N11 entrance to the university. As such, it will - as shown in the terrifying piece of CGI used as the feature image - tower above the N11, its odd, knobbly exterior looming over bypassing traffic. A deformed sentinel guarding the university. The Elephant Man's face made manifest through architecture. 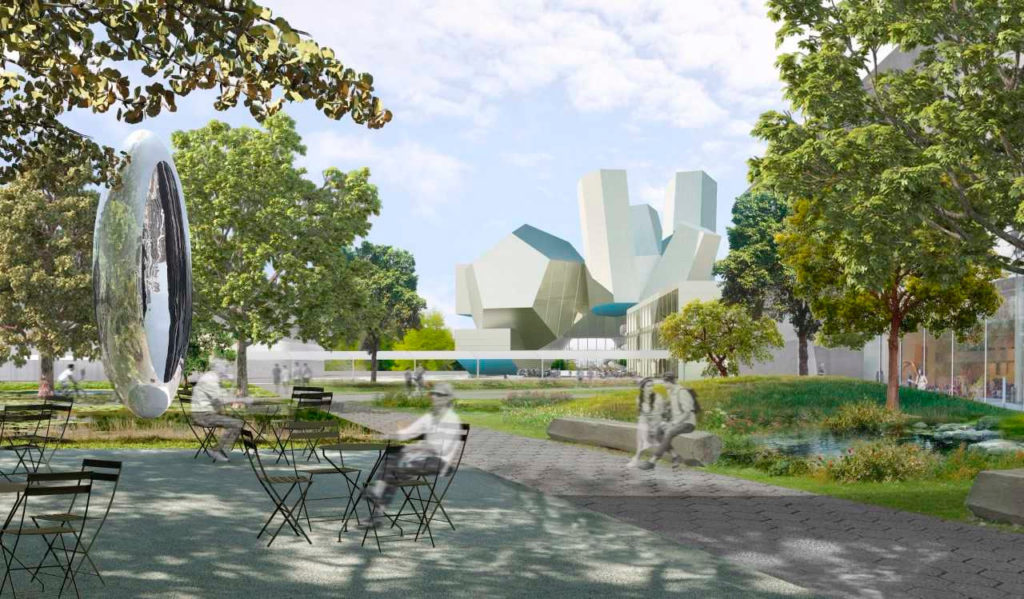 The design, which was put forward by acclaimed New York and Beijing-based Steven Holl Architects, was the winner of the UCD Future Campus architectural competition. There were some 98 teams from 28 countries which pitched designs for the contract, but it was this one, from Steven Holl Architects apparently partly inspired by the Giants Causeway, which won first prize and the contract.

The 8,000m2 building will also feature in its environs a plaza and reflecting pool, where students can go and reflect what on earth has led such an absurd building to have been risen from the earth.

A bit more on the building as taken from the press release on UCD's main website:

It will display prismatic forms inspired by geology and feature an abundant use of natural light coming through two major vertical structures angled at 23 degrees, mirroring the tilt of the earth. These two towers take their design cue from the pentagonal vertical pillar of the university’s iconic dodecahedral 1972 water tower.

The design of the new building will encourage creative collaboration and interaction with a “circuit of social connection” allowing students, faculty and visitors to peer into maker and classroom spaces through glass walls.

The building will be the main focus of the new 'entrance precinct' to the university, focusing on the main N11 entrance to the college. The new precinct, covering some 335,000m2 will be massively changed from its current form and will include seven new quadrangles of open green space, a new pedestrian spine lined with weather canopies that double as solar connectors, forming the infrastructure of an energy network. 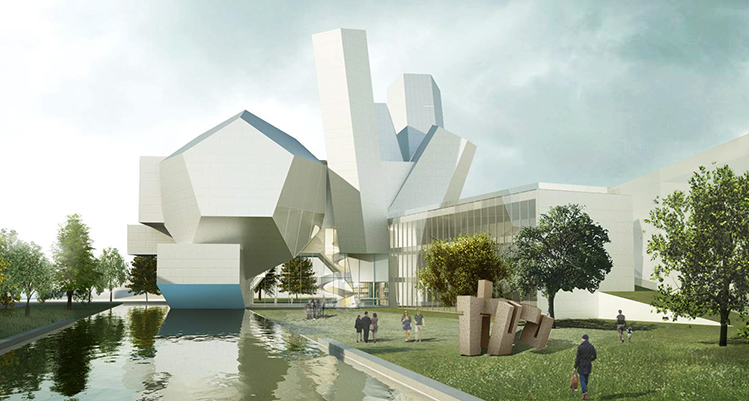 A brief aside about the press shot used as the featured image:

Is there any reason why the sky has to burn such a sinister orange behind the building? The sky of this future world burns with an intensity which seems all pervasive, scorching the earth, scorching the sky, scorching everything that isn't a building designed to loosely resemble the Giants Causeway. It seems in the image, to offer salvation; to be pitched as the one point of safety in this increasingly inhospitable world. It looks more like a promotional image used for a '90s sci-fi video game rather than a design for a creative design building in an Irish university. But hey, expectations are set if only to be challenged.

All powerfully impressive stuff and I think, we can all agree, that if the finished building and area - no final build date has been set for the project as yet - look anything like this, then it is a brave new world we all have to look forward to.

Also Read: Drive In Cinema To Screen The Harry Potter Films This Halloween