Thinking Of Ditching Your Mates And Travelling Solo? Here Are 7 Tips To Get You Started

Travelling solo? Don't worry, we got you

Have you always wanted to travel solo but seem to lose your nerve at the last minute? Or maybe you fancy going away but can't seem to find an adventure buddy? Travelling solo has boomed in the last few years with more and more people opting to go it alone when it comes to exploring pastures new.

If you're a first timer, fear not, we have a few tips to get you started before you go all Dora the Explorer on us.

1. Just feckin do it

The hardest part of a lot of things is usually at the beginning and for travelling solo, this is no different. While picking your destination, planning your route and working out a budget is obviously important, before you actually book your ticket, it's all just talk. So go, book your trip and then get sorted for what's to come next. 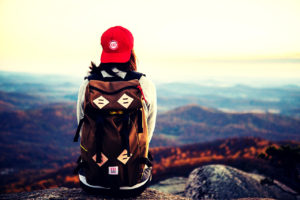 Whether you've hit Berlin, landed in Vancouver or made it all the way to Sydney you could well be absolutely shitting it on the first leg of your journey. Or at the very least, be a little bit nervous.

But it's grand because even if your emotions are bouncing all over the place, no one else has to know. Just act confident and look like you know where you're going. And remember what mammy said - don't be taking sweets off strangers or go jumping into any white vans! 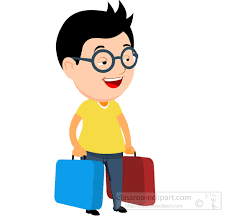 This goes without saying but without having a travel companion to fall back on, you'll need to have a clue as to what you're at. Do a bit of research before you head away and book your accommodation and give people at home an idea of your schedule.

Also, if you don't think you'll be arriving at your accommodation until late, make sure you let them know as some places won't let you check in after a certain time. And just to air on the side of caution, try not to get stocious on your escapades. 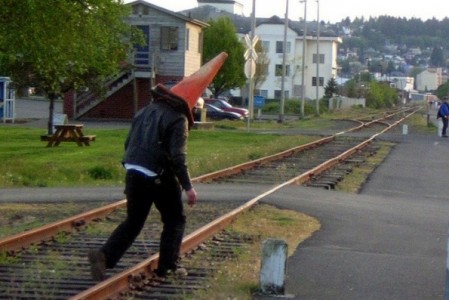 Travelling solo means being the captain of your own ship or whatever, so take full advantage of it. Constantly compromising with someone  - 'Where do you wanna eat? I don't mind where do you wanna eat' - can be a pain in the arse at the best of times.

Bask in the fact that that you don't have to coordinate your itinerary (or even plan an itinerary at that) or trek around pretending to be interested in museums when all you wanna do is go for a few scoops.

Pretending to be interested when you could not give less of a fuck pic.twitter.com/GsB6yGAwkw

If you're planning a three month trip around South East Asia, of course you need to have some shred of an idea of the places you want to visit and the sites you're keen to see. But while having a plan is good, don't be too strict on yourself. For instance, don't book and pay for all your accommodation ahead of your trip as you might want to extend your stay in some spots.

Make sure you keep an open mind - you might decide you want to visit a place that wasn't on your radar when you first embarked on your solo adventure. 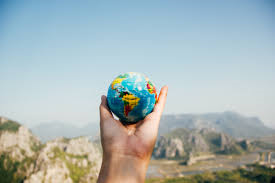 The idea of making friends on your solo adventure may seem a little daunting but once you start chatting it's grand. You'll probably find that you'll forge more friendships then you would have if you weren't alone as we tend to stick with the same people sometimes. Of course, this advice totally depends on what kind of trip you're into - if you want to go away and find yourself so much so that you're not interested in having any company at all, then this one ain't for you. Unless you wish to have no form of human interaction whatsoever which is a tiny bit weird. 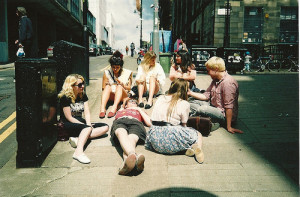 This by far is the most important one because sure if you don't have the craic, then it's all a bit pointless isn't it. Take whatever opportunity comes your way and no matter what happens, it all makes for a good story. And if you end up making a holy show of yourself, no one will know you anyways so it's win win really.

Read More: What You're Never Told About Travelling