The World Cup is not something I'm pretending to understand. To me, it's just a group of men cheering and running after a ball. Sometimes I wonder if there's something in that ball; a golden ticket, a Friends sequel or, maybe, the Holy Grail.

It's okay that I don't get it but what I do get is the absolute annoying qualities of the World Cup.

After the likes of Rooney (Coleen), Cole (Cheryl) and Beckham (Victoria) retired, we don't have any decent WAGS left. Where's Victoria Beckham's new groundbreaking hairdo? Do her and Cheryl Cole actually get on? We'll never know.

Let's bring WAGS back but this time let's break down barriers and call it BAGS - Boyfriends and girlfriends of footballers. Not only is it inclusive but it also gives us so much more opportunity for drama and pointless Daily Mail headlines. 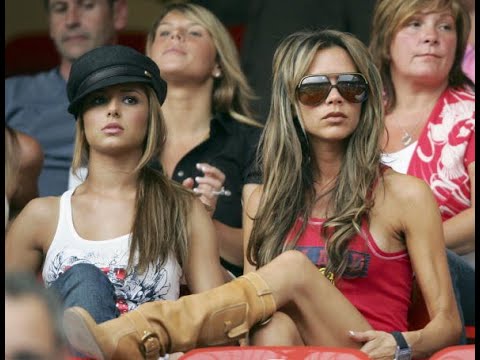 You know it's time to fire the heads of the World Cup when they hire Robbie Williams as the opening act. Even Robbie used the opportunity to flip a few hundred million off, mirroring how us paupers felt at home having to watch this absolute muck. Thanks, Robbie, thanks very much.

Football has an awful name for being misogynistic, racist, homophobic and xenophobic, so why not openly declare that female voices are too 'high-pitched' to be commentators during footballs most important tournament?:

I love Florence and The Machine as much as the next person but if I hear that song 'Hunger' on RTÉ one more time I'll eat someone in protest. Don't get me started on that Shirley Bassey ad with yer man from Little Britain.

I am going to lose my mind if I see that stupid Maroon 5 ad again. Can we all collectively pay RTE the price of the ad to stop showing it for the rest of the World Cup?!

6. Football Not Being A Martial Art

As a first time viewer and knowing the little that I know, I didn't think wrestling or judo was a part of kicking around a ball?

Speaking of body contact, sexually harassing women live on air as they try to do their jobs is not cute.

All this nonsense about women TV reporters having to carry on whilst being harassed live on-air & it being called a situation “well handled”. I’d personally prefer if they smack those men with the mics in their hands & then continue their links. Disgusting. #harassment #WorldCup

Hate the way camera at #worldcup picks out & lingers on beautiful women in the stands like some kind of creepy uncle.

8. From Russia With Love

Aside from Russia's lax attitude when it comes to human rights, what makes Russia so bloody great? They got the Winter Olympics and the World Cup.

We all know the reason why we got Robbie Williams as the opening act, FIFA and Russia are decades behind the rest of the world.  What's next for Russia? World domination? A weird tape of Putin and Trump cackling over the demise of Hilary Clinton?

With three weeks left until the final, anything can happen, and a lot will get added to this list.

Also Read: The Official Trailer Has Dropped For The Pope's Irish Concert

Life
By CollegeTimes Staff
Here's The Ireland Team We'd Love To See Actually Play Football Vs Serbia.. Maybe?
Life
By Ian Smith
Football Is Back! But What Does It Mean For The Girls?
Life
By David Sweeney
12 Really Annoying People At Football Matches
Previous Next