The Burger King marketing department in Russia has a lot to answer for after their idiotic World Cup competition rightly drew the chagrin of anyone with a semblance of decency.

Yesterday the fast food chain announced a competition on VK, the Russian equivalent of Facebook, offering women 3 million Russian roubles (€40,000) as well as a lifetime supply of Whoppers if they managed to get impregnated by football players competing in this summer's World Cup. 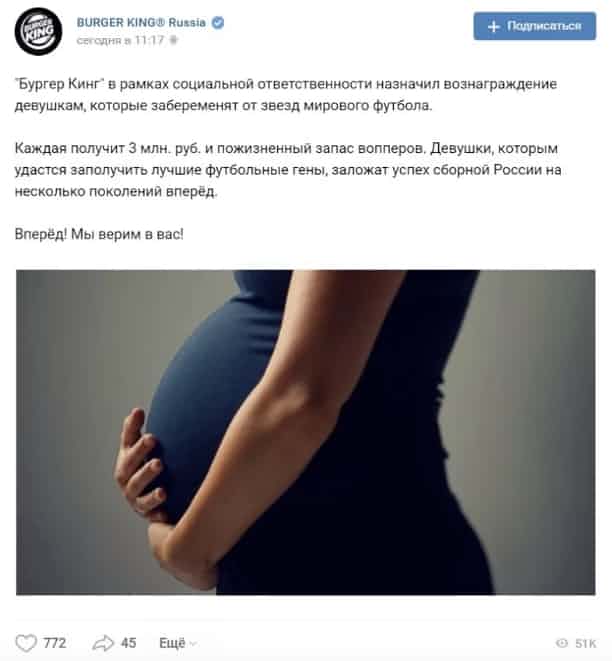 We apologize for the statement we made. It turned out to be too insulting.
We thank you for the feedback and hasten to inform you that we have already removed all materials related to the application.

Even as far as 'shock' campaigns go, this represents a low point, though Burger King's Russian department has been in trouble before, last year using an image of a victim of rape in another ill-advised advertisement.

Also Read: Nadine Coyle Has Responded To That Viral Video Of Her Saying 'FloOoEueur'