Online dating is hard work. Dead end conversations, car crash dates, deciphering the creeps from the 'normal' ones (Happy Valentine's Day) but for all the disaster stories out there, there are actual, real-life couples who have met online.

For the day that's in it, we thought we'd spread the love by sharing some success stories of people who found love on Tinder and Grindr. So you know if online dating is making you feel like you've been punished for something you've done in a past life, there's hope.

When John (30), arrived home in Dublin after spending five years in Sydney, he soon exhausted his dating options - "I was worn the fuck out" - and his straight pals had already tried to set him up with their "Other Gay Friend", as he says. So he joined dating apps like Grindr and Scruff.

He had no idea a quick ' Hi' message on Scruff, from a guy called Laszlo, would lead to a three year relationship and a joint account in the making. He gave us the low down on what's gotten them to this point:

(After some back and forth) We arranged a date for a few days later. The night before, I went for a few drinks with two of my mates. We were sitting outside Pygmalion and at the very moment that I was swearing off men for life - he walks by.  I didn't make the connection at first - I just thought it was an attractive fella. Then he walked over, kissed me on the cheek, and asked if he could join. We downed about 10 pints, chatted and flirted for the rest of the night.

The couple officially moved in together after eight months. John says he was never on the look out for the "perfect relationship."

We're not soul-mates and that's okay. I wasn't ever looking for the perfect relationship - just someone who's as weird as I am and shares some of the same values.

He's forgotten my birthday 3/3 times since we met, and booked holidays overseas (for himself!) every time.

The first time I took in a foster puppy after we'd met, I got to see a different side to him. The bravado dropped and I got to see his sensitive side. 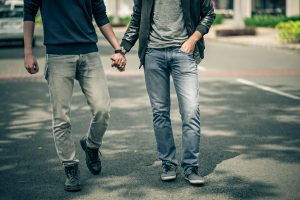 Online dating is extremely difficult, he thinks, but necessary.

You're faced with a tonne of rejection, unwanted advances, cat fishing and false starts. It's a seriously inhospitable environment for anyone. You need a thick skin, resilience, and a heavy dose of cynicism to survive it.

The first hurdle is figuring out if you're chatting with person in the pictures they're sharing. Then you need to figure out if you're looking for the same thing (a hook-up, date, friends or long term relationship).

Tips for people who are looking for a relationship online...

Don't fall in love with a photo. It's easy to get swept up in the moment and get your hopes up when a nice face and a six-pack chats you up online - but you should make sure they've got the personality to back it up first. 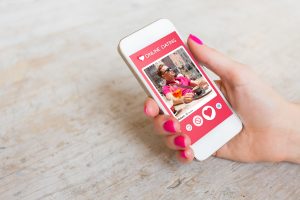 Neala (29), from Dublin, went on her fair share of dates before she met Paul on Tinder. Now, the couple are due to marry in October after nearly four years together.

I think after my break up with my previous boyfriend, I felt I wouldn't meet someone. But it turned out to be the best thing that would ever happen to me. I was sure I'd experienced being in love before I met Paul but I realise now I hadn't at all.

It was a serious blur for the first year. My dad was ill and passed away, and I don't know how Paul stuck with me as I did not cope too well. Since we moved in together our relationship just became better and better.

We've been through a lot together which has made us so strong. We have such a laugh together and get on so well with each others family and friends. It was funny when I told Paul I had been on a date before our date... same day! I waited a few years before telling him of course! He couldn't believe it - but we had a good laugh over it!

Neala describes the moment she knew Paul was a keeper:

It's a great question because I do actually remember a point! I'd say it was around a year of being together, that I thought "this could definitely be my future" and I suddenly looked at him as not just my boyfriend, but my family. It was actually one of those "click" moments, funnily enough. 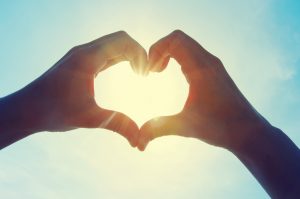 If anyone told her she'd meet her future husband on Tinder would she have believed them?

Yes actually. A lot of guys I knew from college and from growing up were on Tinder too and I knew they were all lovely guys and would make great future partners for people, so I knew there were decent guys using it at the time

Tips for people who are looking for a relationship online...

Also Read: Men With These 9 Qualities Are Keepers, Scientists Say

Life
By Deirdre Kelly
Quiz- How Well Do You Know Your Modern Dating Terms?
Life
By Garret Farrell
9 Types Of Guys Who'll Message You On Gay Dating Apps
Life
By CollegeTimes Staff
The 7 Different Lads You'll Come Across On Tinder
Previous Next