Here's The Reason Why You Choose Your Tinder Profile Pic

"No, take another one! Do I look okay?" are just many of the ways in which we talk about taking pictures of one another. Sometimes you have that one person who doesn't give a crap how they look but the majority of us want that decent profile pic. Now, a new Tinder study has discovered the science behind why you choose your profile pic.

Research assistants were then asked to categorise screenshots of 557 Tinder profile image into above or below angle shots. 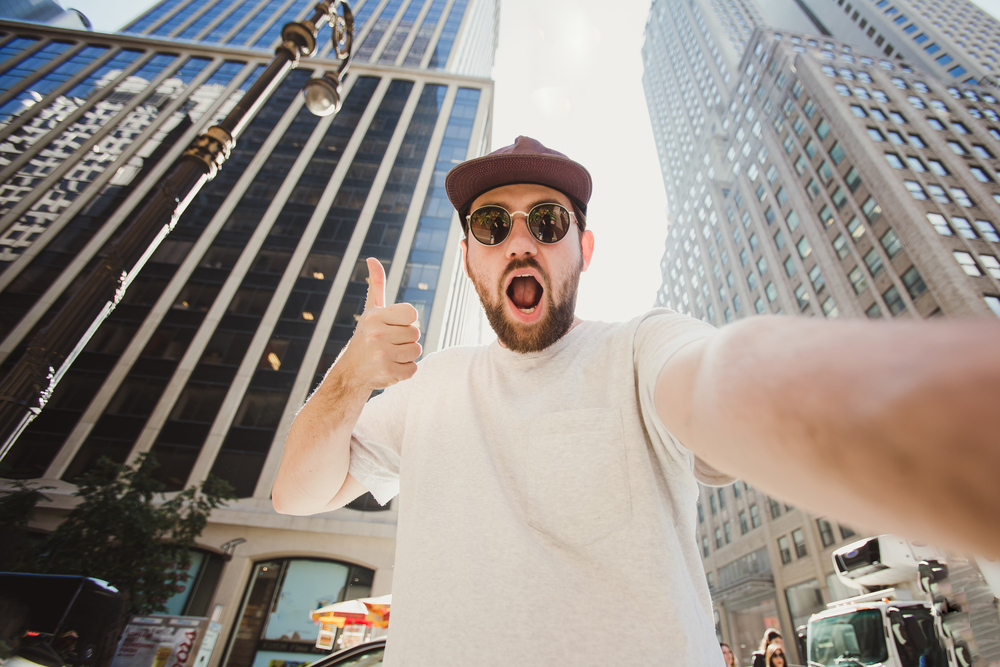 The results of the study found that over 25% of women took a photo from above, with the camera pointing down at them. Only 16% of men did the same.40% of men took photos from below and from the waist up. Only 16 % of female Tinder users did this.

Women also tended to use a selfie as their first image (90%), compared to just 54 % of men who chose a photo taken by someone else.

The researchers believe that gender stereotypes or the socialization of gender are the reasons behind the preferred profile pic. Men may wish to adhere to stereotypes of masculinity, such as being tall, and having a more defined chin. These traits can be accentuated by a camera angle from the waist up.

Prior to the study, the team theorized:

[Tinder users] may intuitively know to select an image where the vertical angle of the camera is consistent with how they want to be presented to the opposite sex: for men, from below to appear larger and dominant (i.e., powerful) and for women, from above to look smaller and submissive (i.e. less powerful.)

Remember ladies and gentleman, gender is a construct.

Also Read: New Studies Reveal How Drinking Coffee Can Have A Huge Effect On Your Health