The 9 Different Girls You'll Come Across On Tinder

We've already had a look at the blokes so in the interest of fairness, we said we'd suss out the girls on Tinder you may have come across.

She looks for your Facebook, Snapchat and Insta deets, asks what height and weight you are and is one question away from asking you for a blood sample. Basically she's making sure your profile isn't fake and reasons that serial killers are less likely to be on social media.

Her bio will say something like, 'I have two kids, if that bothers you swipe left' or 'Not interested in casual hook ups.'

No beating around the bush with this one.

Her profile is littered with selfies, so much so that you're not sure what her her body looks like or if she even has a body.

Who knew one person could have so many pouts?

Mirror selfies in the gym gear? Check. Abs out in every photo? Check? A mention in her bio that she goes to the gym at least three times a week? Check.

You admire someone who takes care of themselves an all but you're wondering how someone who sweats it out on an exercise bike can keep their makeup fully intact, fails to get administer one bead of sweat and doesn't have one piece of hair out of place.

She's gas craic in her messages, comes across as really interesting and makes a Greek Goddess look like one of your old troll. This girl gives you butterflies and you haven't even met her yet. Too good to be true right? Yep.

When you eventually meet up, you realise she looks VERY different in her photos (surely she can't have made her forehead look smaller?) and has a personality that makes Fr. Stone seem like the life and soul of every gaffe sesh. No, I'm fine thanks. 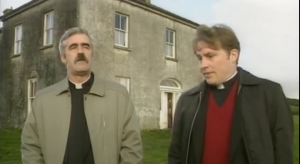 Looks like she's joined Tinder to see how many matches she can get because she hasn't replied to your very cool opening message: 'Hey, hows you?'.

You know the one. Her bio reads 'Omg my mates made me join this,' like she couldn't for one second say no and also warns that if anyone asks, 'We met in the pub.'

This girl takes pride in her appearance. Fake tan, lots of makeup, false eyelashes, hair extensions...and that's just when she's sitting in watching the Late Late show. Also likely to be the same girl as number 3.

She has a good few bikini photos in her profile and you're thinking 'Great bod.'

Can also be spotted in Tenerife getting gee-eyed on sex and the bitch and likes to get 'locko on the weekend with the girlos' cos ya know, she's only massive.

Anyone else you can think of? Let us know in the comments.